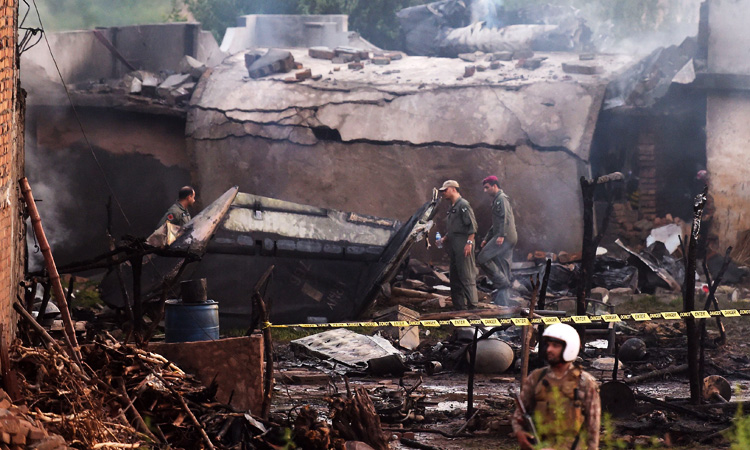 Pakistani soldiers cordon off the site where a Army Aviation Corps aircraft crashed in Rawalpindi on Tuesday. Aamir Qureshi/ AFP

Eighteen people were killed when a small military plane crashed into a residential area in the Pakistani city of Rawalpindi early on Tuesday, officials told the media.

“We have received 18 dead bodies including 12 civilians and five crew members,” said local rescue spokesman Farooq Butt, adding that a further 12 people had been injured in the accident near the capital Islamabad. 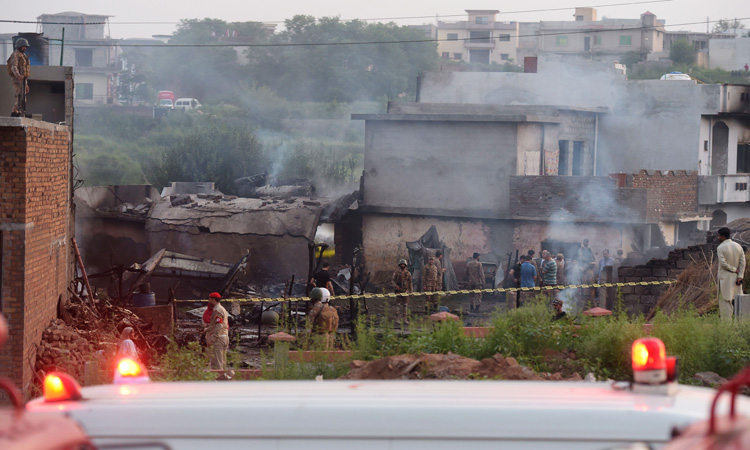 Soldiers and other personnel work at the scene.

One resident told the media that the crash happened around 2am.

“I woke to the sound of a huge explosion. I stepped out of my house and saw huge flames and we rushed to the site,” said Mohammad Sadiq.

“People were screaming. We tried to help them but the flames were too high and the fire too intense, so we could not do anything. The dead includes seven members of one family and most of them were burned to death.” 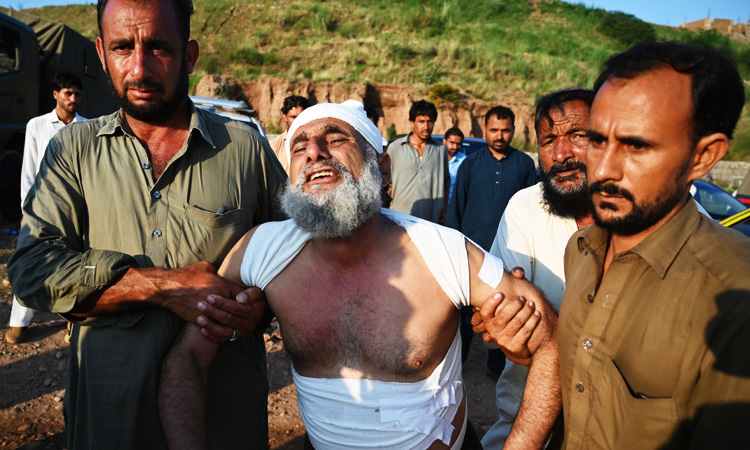 People assist a man at the scene where a  Army Aviation Corps aircraft crashed in Rawalpindi on Tuesday.

Another resident Ghulam Khan said he heard the plane as it buzzed over his house, adding the aircraft appeared to be on fire before it crashed.

“The sound was so scary,” he added.

The military’s information wing said the plane was on a routine training mission when the accident occurred, adding that rescue officials had extinguished the fire caused by the crash and moved the injured to a local hospital.

An AFP reporter at the scene said smoke was still rising from the wreckage and destroyed homes, while pieces of the plane were visible on a nearby roof.

Rescue workers could be seen combing through the smouldering site, gathering debris and inspecting the scene while ambulances swarmed the area.

Military officials had cordoned off the crash site while a crowd of residents stood nearby, some of them sobbing.