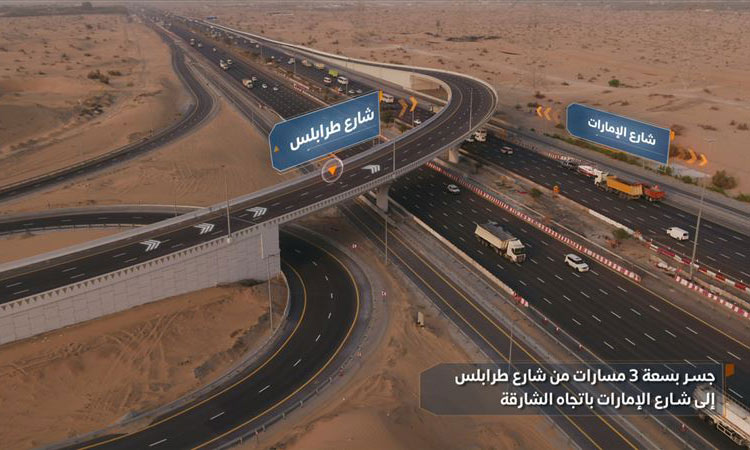 The Roads and Transport Authority announced that the upgraded Tripoli Street is set to open on Wednesday. The new project will cut down Dubai-Sharjah travel time. WAM

Mattar Al Tayer, Director-General and Chairman of the Board of Executive Directors of RTA, was delighted with the opening of the project, which was undertaken in implementation of the directives of HH Sheikh Mohammed bin Rashid Al Maktoum, Vice-President and Prime Minister of the UAE and Ruler of Dubai, to immediately start the implementation of the 5-Year Plan of Roads and Transport Projects to keep pace with the sustained development of Dubai.

Al Tayer reflected on the benefits of the project, which will enhance the link between Dubai and Sharjah, ease the traffic flow in the area, and streamline the access to Al Warqaa and Mirdif districts. “It will improve traffic safety along the corridor, and increase the traffic flow to about 12,000 vehicles per hour in both directions (6000 vehicles per hour per direction). It will reduce the transit time between Sheikh Mohammed bin Zayed Road to Sheikh Zayed bin Hamdan Al Nahyan Road by 64% from 11 to 4.5 minutes.

“The project will channel about 2000 vehicles every hour during peak time from Sheikh Mohammed bin Zayed Road to Emirates Road that will reduce the traffic volumes on Sheikh Mohammed bin Zayed Road by 10%. This will translate into reducing the trip to the entrance of Sharjah to 12 minutes, and cutting the waiting time at the intersection of Tripoli-Algiers Streets (Al Warqaa-Mirdif) from three minutes to less than a minute.

It also covers the construction of collector roads, two underpasses for camel crossings and widening the Camel Crossing No (3) at the Emirates Road. Works also include upgrading the intersection at the extension of Tripoli Street. and Emirates Road through the construction of a 3-lane bridge to serve the traffic inbound from Tripoli Street to Emirates Road in the direction of Sharjah. The project also includes widening Tripoli Street at several locations along with improvements at Bel Remaitha Club and two signalised junctions to replace existing Roundabout at Muhaisina. 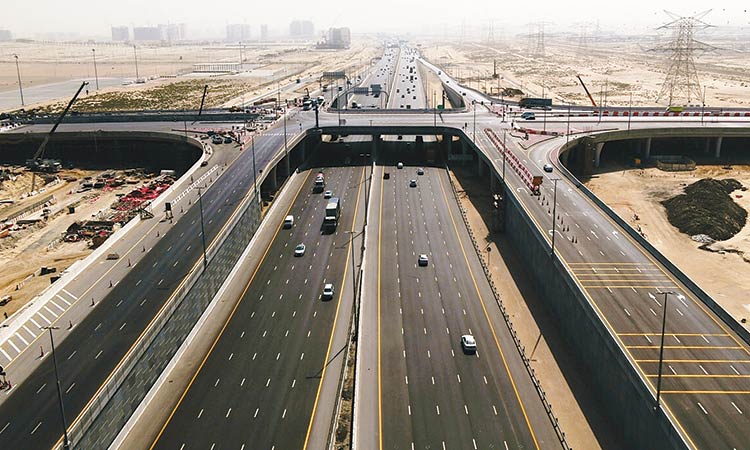