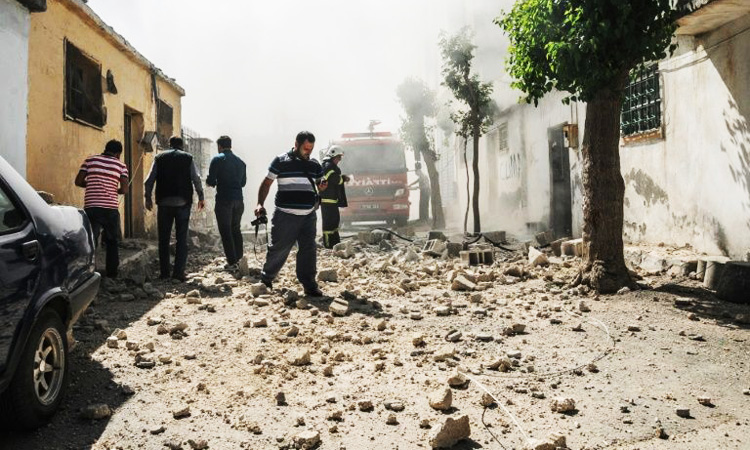 Residents inspect the damage after rockets fired from Syria landed in the Turkish town of Kilis. Stringer/ AFP

They were taken to hospital for treatment, it added.

Turkish media, including CNN Turk, reported six injured including a child, adding that the owner of the house was “in a serious condition.”

It was not clear who was responsible for the missiles from Syria or their origin.

The Syrian Kurdish YPG militia controls parts of northeastern and northern Syria. Ankara considers it a “terrorist” offshoot of Kurdish insurgents inside Turkey.

The YPG worked closely with the United States in the fight against Daesh, much to Turkey’s chagrin.

Turkey has carried out two military operations against Daesh and the YPG in northern Syria, in 2016 and 2018 respectively, and recently upped the ante with threats to launch another cross-border offensive against the YPG.