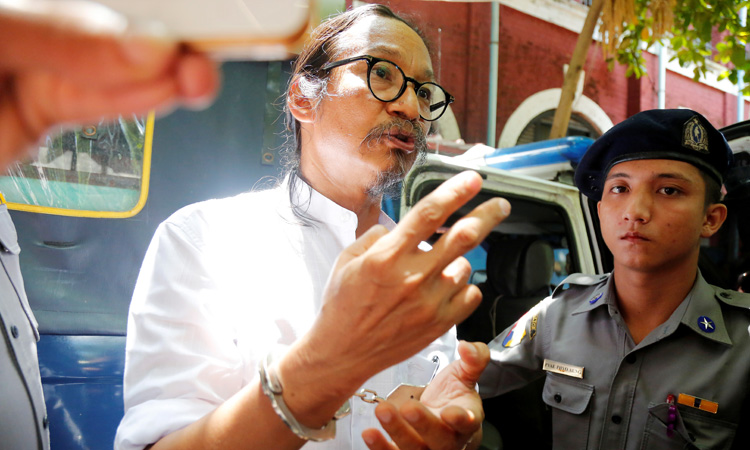 A Myanmar judge on Thursday charged filmmaker Min Htin Ko Ko Gyi for Facebook posts he made about the powerful military, meaning he will stand trial despite concern over his health and an outcry from human rights groups.

The director, who runs a human rights film festival, was detained three months ago after a complaint from an army officer that listed 10 of his Facebook posts.

In the posts he criticised the military’s political role and Myanmar’s 2008 constitution, which was drawn up by the former ruling junta and which civilian leader Aung San Suu Kyi is attempting to amend.

The case is one of a slew the military has launched against critics in recent months.

Some activists want Nobel laureate Suu Kyi to do more to protect free expression, but Min Htin Ko Ko Gyi himself has said she should not be blamed for his incarceration.

Min Htin Ko Ko Gyi pleaded not guilty to the charge, under section 505(a) of Myanmar’s colonial-era penal code, which carries a maximum two-year prison term for statements that could cause a soldier or other service member “to mutiny or otherwise disregard or fail in his duty.”

But after preliminary hearings, the judge at Insein Township Court, in the main city of Yangon, ruled the posts caused soldiers to lose respect for the military.

The court was packed with friends, diplomats and reporters.

A separate defamation case under a telecommunications law has been filed against Min Htin Ko Ko Gyi for the same Facebook posts.

After Thursday’s ruling, the filmmaker told reporters he did not intend to damage or disrespect the military.

“The military was also not destroyed. There is no proof that respect was lost in the military. But I was charged with 505(a),” he said.

The complainant, Lieutenant-Colonel Lin Tun, told the court that he filed the lawsuit because he took offence at the filmmaker’s posts.

“I am unsatisfied with his posts. This wouldn’t have happened if he did not write anything,” he told the judge.

“They couldn’t provide any proof on their accusations and yet they charged him,” defence lawyer Robert San Aung told Reuters after the hearing.

His client, who has recently undergone cancer treatment, was deteriorating in detention, the lawyer said.

According to the Assistance Association for Political Prisoners human rights group, 161 people are in jail, either convicted or facing trial on politically motivated charges.

Scores are on bail and 76 people had lawsuits against them just in June. 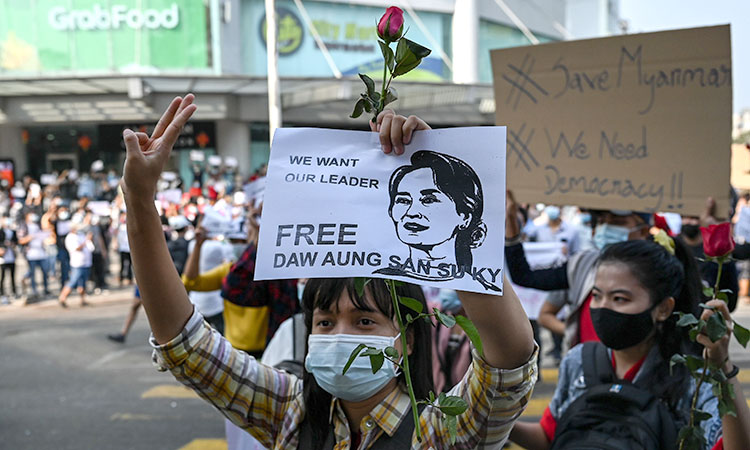