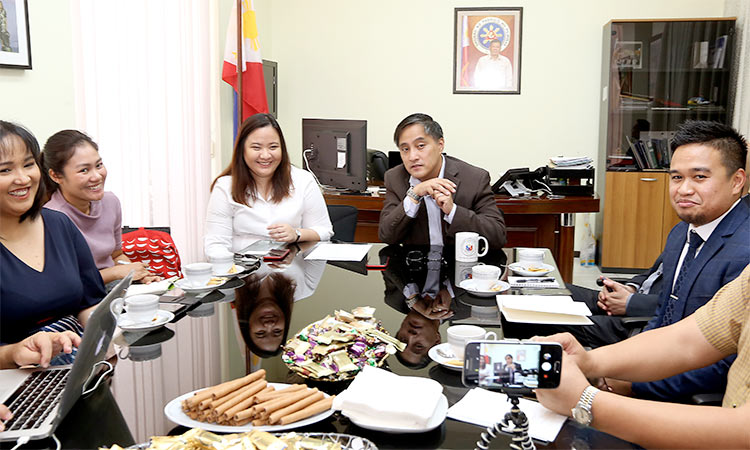 At the press conference with Philippine Consul General Paul Raymund Cortes (fourth from left) on Tuesday.

To make it more interesting and as Filipinos have that penchant for showbiz personalities, the Organising Committee, chaired by Ace Echo Quijada, is partnering with Philippine global television network GMA, for what is to be known as the landmark “Congen’s Cup/GMA Pinoy TV Inter-Basketball Tournament 2019.”

Details of the seven-week hard court battle was announced at the press conference on Tuesday.

She briefed the media on how Manila’s Department of Trade and Industry (DTI), through Secretary Ramon Lopez, as the Philippines@Expo2020 Dubai-Organising Committee chairperson & commissioner general, is gearing up for the global Oct. 20, 2020 to April 19, 2021 event.

Yalong said President Duterte heavily weighed on the huge presence of the Filipinos in the UAE and in the Middle East for the Philippines@Expo2020 Dubai.

“The Philippine participation is not only limited to the Philippine Pavilion (and the expected business-to-business activities),” said the designated Dubai Events Dubai Filipino Activities in-charge.

The country’s history and culture will also be given prominence through the pavilion design of “bangkota.”

“Bangkota” is the Filipino ancient word for coral reef. It images the Filipinos’ ability and capability to acclimatize.

Categories of the projects, which Yalong and Consul General Paul Raymund Cortes have expressed hope will stir active engagement from Filipinos in Dubai and the Northern Emirates, cover creative industries which include fashion, indigenous textiles, and agri-products; history, heritage, cuisine, arts, music and dance, and sports, leading up to the Expo2020 Dubai Grand Opening.

On sports and in relation to the Aug. 9 to Sept. 20 Congen’s Cup, registration for the 16 teams whose players should be Philippine passport holders will be on July 19, 10 a.m. to 11 a.m. at the PCGDXB villa in Al Qusais.

The registrants should not have played in any professional basketball league tournament.

The height requirements are so since in accordance with public’s vote, the best of the best from among the 16 competing teams will become one team to represent the Dubai and the Northern Emirates Filipinos in the consequent friendly match with visiting GMA All-Star Kapuso basketball team scheduled in the afternoon of Sept. 20.

Meanwhile, the Philippine participation at the Expo2020 Dubai, first to be held in the Middle East, is its 13th participation, since the first World Expo was held from April 1851 to Oct. 1851 in Great Britain. 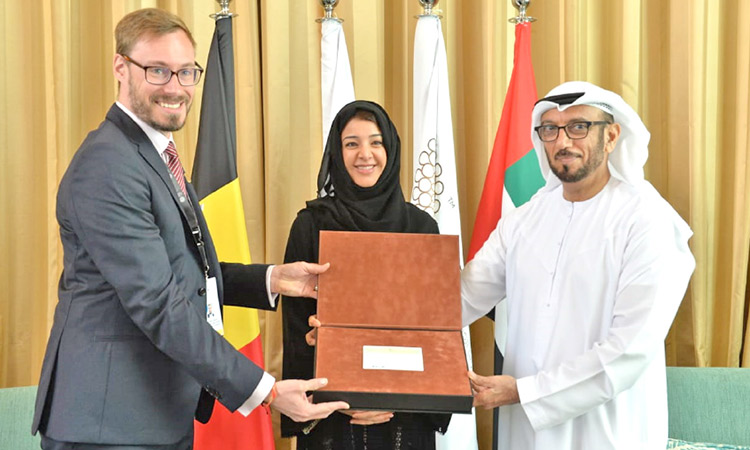 Aldwin Dekkers, Deputy Commissioner-General, Kingdome of Belgium, became the first envoy from a participating country in the Expo 2020 to be issued with an establishment card.