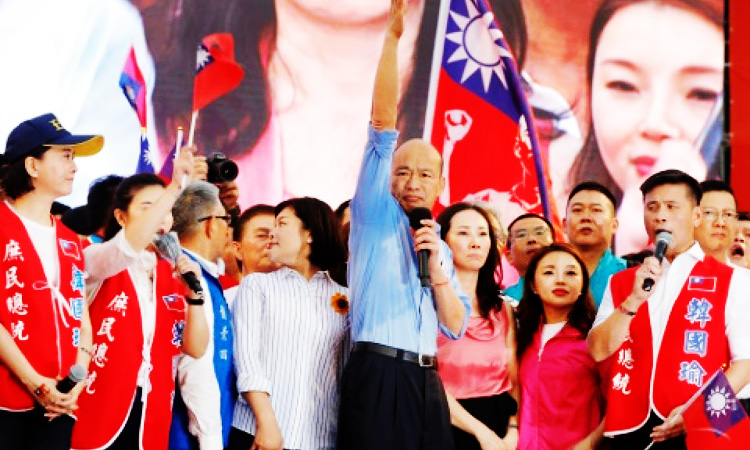 His victory sets up an unpredictable clash as Taiwan goes to the polls in January in a contest that will be dominated by relations with China.

Han, 62, has had a meteoric rise in the last two years, journeying from relative obscurity to becoming his party’s presidential candidate in a phenomenon that has been dubbed the “Han tide.”

Some have likened him to US President Donald Trump and other populist leaders who hail from outside establishment circles and command a fervent voter base buoyed by lofty promises of resurrecting their fortunes.

Han won 45 per cent of votes cast in the KMT’s primary — which polls members of the public by telephone — compared with Gou’s 28 per cent, a major setback for a man who made his fortune assembling iPhones and other key electronic devices in huge factories on the Chinese mainland.

Han was a relative unknown until he seized the Kaohsiung mayoralty in local elections last year in a contest few thought he would win given the southern city had long been a heartland for Tsai’s ruling Democratic Progressive Party.

He has been able to muster huge, enthusiastic crowds during his presidential bid, where he has vowed to restore warm ties with Beijing and kickstart the economy.

Relations with Beijing have soured since Tsai came to power three years ago because she and her party refuse to recognise the idea that Taiwan is part of “one China.”

Since her election Beijing has cut official communications, ramped up military exercises, poached diplomatic allies and ratcheted up economic pressure on the island.

Taiwan has been a de facto sovereign nation since the end of a civil war in 1949 but China still views it as its own territory and has vowed to seize it, by force if necessary.

Tsai has described the 2020 presidential election as a “fight for freedom and democracy,” setting herself up as someone who can defend Taiwan from an increasingly assertive Beijing.

Supporters see Han as a plain-talking maverick and political outsider who has shaken up the staid politics of the KMT — but detractors are unnerved by his efforts promoting warmer China ties.