People must ask, ‘Is the hospital accredited?’ - GulfToday

“Yes. We have to know. Like me, as a parent, I want to make sure that the (clinic or hospital) I take my children to (are safe to go to for medical advice and care),” said American Association for Accreditation of Ambulatory Services Facilities (AAAASF) executive director Thomas Terranova.

Terranova is in the UAE for scheduled consultations and checks for the  qualified endorsement of day surgery centres in Dubai, following the May 21 Dubai Health Authority circular which requires all the 22 clinics of such nature to secure the seal of approval for operations from any of four identified globally-accepted certifying organisations from the US, Canada and Australia.

Founded and established in 1980 in the US, AAAASF is “one of three leading organisations that accredit ambulatory or outpatient surgery clinics.”

On the Sunday press conference, Terranova added: “It is the patient’s right to ask ‘Are you accredited?,” to emphasize it is but only logical to ask this question.

Terranova spoke out his mind on the public’s right to know on the status of the hospitals and clinics anywhere in the world to deliver quality healthcare services, when a journalist, during the open forum, verbalised her opinion about health institutions across the seven emirates having to install a signage at the lobby or even at the front façade on having been properly assessed by a globally-accepted accreditation body resulting in their certification to render quality healthcare services by government authorities.

Terranova reasoned it all boils down to patient’s safety which is “universal” and which governments and concerned authorities, and most especially the owners and management, therefore, must abide by. He explained that in the accreditation procedures and process, each clinic and hospital are scrutinised and assessed on how the general environment-delivery of services-personnel and specifically the physicians provide sound and safe services.

To illustrate, Terranova cited that all doctors and staff should have the specialised background and training as required in the declared medical services by the clinics and hospitals.

He claimed that in the 40 years that AAAASF has been accrediting health centres and institutions in 17 countries, there have been cases wherein some doctors are in the workforce “but they should not be there.”

Asked by Gulf Today what happened to these doctors and for the AAAASF recommendation, Terranova said it is management’s decision.

He said, “Some let the doctor/s stay.”

In such situations, AAAASF did not give the seal of endorsement to operate. Terranova stated at some point, “We also reserve the right to add (more layers to the conduct of our assessment) because we are dealing with patient’s safety.”

On another question raised by another newshen, Terranova declared  that the ability of medical staff to document has been one of the glaring issues AAAASF has seen and observed through its years of qualifying clinics and hospitals.

“Doctors and nurses are trained to treat patients. What we have observed in the countries we have been asked to accredit is that doctors and nurses (lack the ability to) document (correctly and properly),” Terranova said.

He believes medical and other students of allied courses must be trained and oriented to the correct and proper way of documenting cases by their professors and mentors.

According to Terranova, documentation plays a significant function in any healthcare setting since on this lies the history and all the medical procedures and medications of each and every patient.

Saying that while the world is at the Age of Electronic Documentation, all electronically-generated data must be secured with other formats of recording, for which all medical and non-medical personnel must know how to go about. 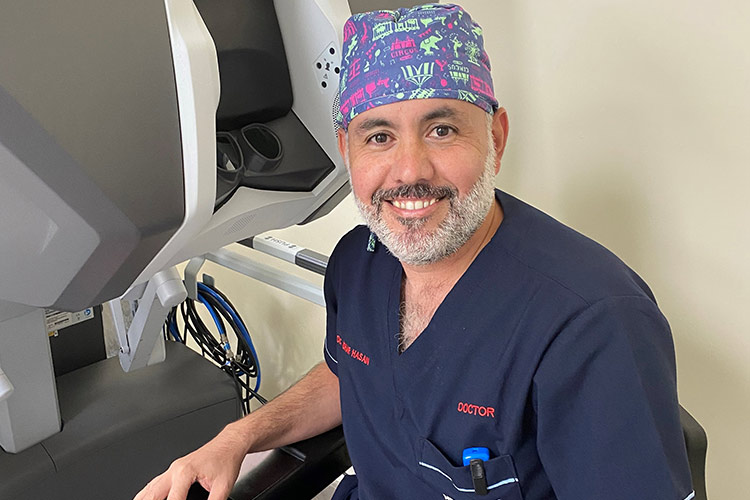