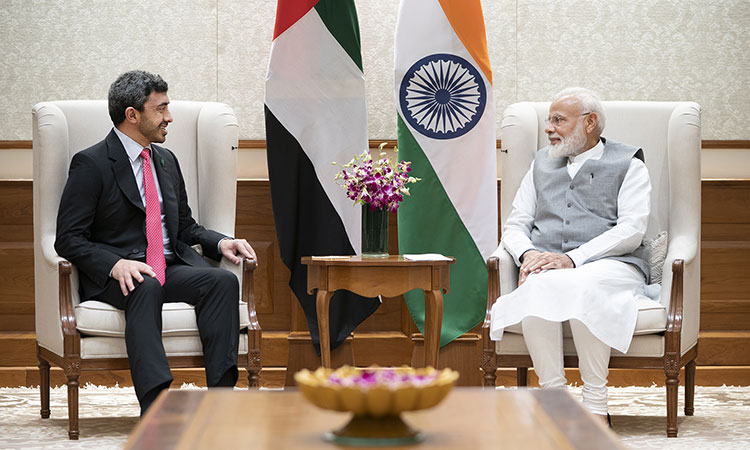 During the meeting, the two sides discussed bilateral ties between the UAE and India, and means of boosting them across various sectors to realise the goals and aspirations of the two countries. Sheikh Abdullah and Prime Minister Modi also reviewed regional and international developments, and exchanged views on various issues of mutual concern.

The UAE Minister of Foreign Affairs and International Cooperation highlighted the strategic relations between the two friendly countries, adding that they have witnessed qualitative leaps across multiple arenas in the past few years. Sheikh Abdullah went on to note that there is a continued desire to further strengthen said ties for the benefit of the two countries and their peoples.

For his part, the Prime Minister of India welcome Sheikh Abdullah's visit to New Delhi, expressing his hopes that the visit will produce desirable outcomes that further contribute to the strengthening of relations between the UAE and India. He also emphasised his country's drive to advance cooperation with the UAE via bilateral partnerships that serve the development, progress and prosperity of the two nations. 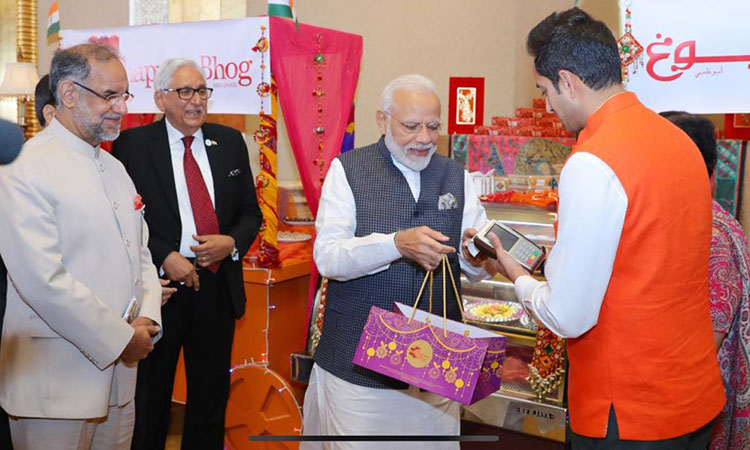 PM Modi swiped his RuPay card for buying Indian sweets. The business community welcomed this step and stated that the initiative will go a long way in bringing India and UAE businesses together.