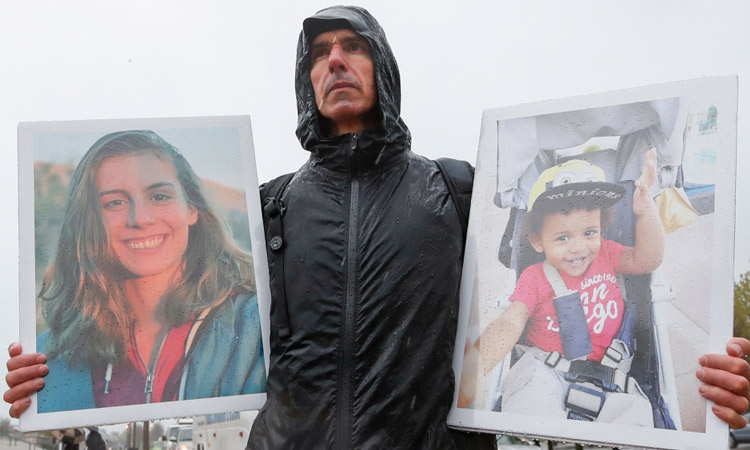 Tarek Milleron holds the photographs of victims in the Ethiopian Airlines palne crash during a protest outside Boeing's annual shareholders meeting in Chicago. AFP

Boeing announced it would give $100 million to communities and families affected by two crashes of its 737 Max plane that killed 346 people.

Describing the sum as an "initial investment" over multiple years, the company said it would work with local governments and non-profit organisations to provide "hardship and living expenses" and boost economic development in regions affected by crashes of planes operated by Ethiopian Airlines and Lion Air. 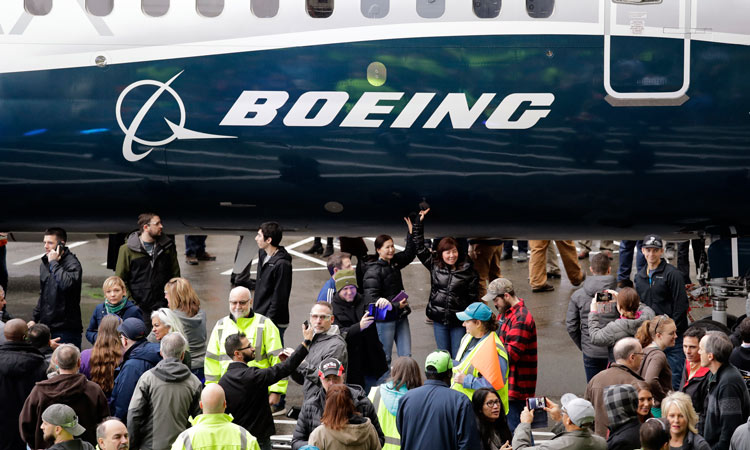 A Boeing 737 MAX 7, the newest version of Boeing's fastest-selling airplane, is displayed in Renton. File / AP

Boeing chief executive Dennis Muilenburg struck a note of contrition, saying the company is "focused on re-earning that trust and confidence from our customers and the flying public in the months ahead," according to a company statement.

"We at Boeing are sorry for the tragic loss of lives in both of these accidents and these lives lost will continue to weigh heavily on our hearts and on our minds for years to come," Muilenburg said.

"The families and loved ones of those on board have our deepest sympathies and we hope this initial outreach can help bring them comfort."

Boeing faces numerous lawsuits filed by the victims' families, some of whom have appeared at news conferences or during congressional hearings probing the disasters.

Lawyers who are suing Boeing on behalf of passengers' families said the new $100 million promise won't stop them from demanding that Boeing provide details about how the plane and the new flight-control software were developed. Some of them discounted the amount of aid.

"For the totality of these losses, that is a very small number," said Robert Clifford, who represents relatives of those killed in the March crash of an Ethiopian Airlines Max. "I wouldn't even say it's a good start.

The MAX was grounded globally after the Ethiopian Airlines crash in March and there is still no firm timetable for returning the planes to service. 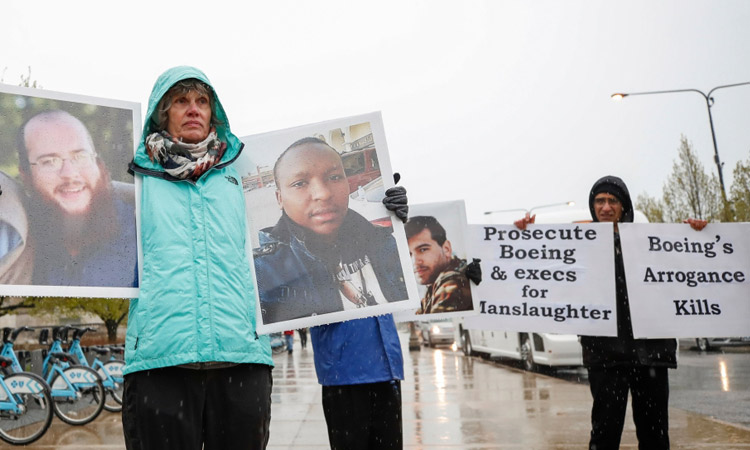 The company has been widely criticized over its development of the 737 MAX, which included a flight handling system called the Maneuvering Characteristics Augmentation System that has been seen as a factor in both crashes.

In both crashes, the MCAS pointed the plane sharply downward based on faulty sensor readings, hindering pilot control after takeoff, according to preliminary results from crash investigations.

Pilots have said they were not adequately trained on the MCAS system and that it was not disclosed to them, while the FAA has said it was kept in the dark for more than a year about a problem with a sensor linked to the system.

The $100 million figure is less than the list price for several leading 737 MAX planes. Boeing said it would also match donations from employees to families and communities affected by the accidents.