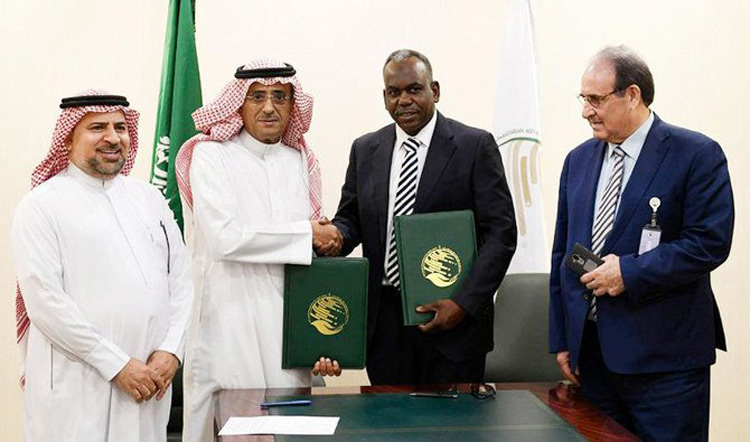 KSRelief and Unicef officials pose with the agreement on Tuesday.

On Tuesday the King Salman Humanitarian Aid and Relief Centre (KSRelief) signed an agreement with the UN Children’s Fund (Unicef) to extend a vaccination project for Yemeni children by another six months.

KSRelief was established by King Salman bin Abdulaziz in 2015. The Supervisor General of the KSRelief is Abdullah Bin Abdulaziz Al Rabeeah.

The project aims to vaccinate 1,140,000 Yemeni children against various diseases at a cost of over $4.8 million.

On Monday, KSRelief announced it had also distributed 450 food baskets to displaced people in the Hajjah governorate in the country, benefiting 2,700 people.

The KSRelief centre was established in the framework of the Saudi’s efforts to alleviate the suffering of those in need worldwide.

KSRelief has concluded a number of agreements with UNHCR that aim at supporting refugees from Syria, Yemen and Rohingya.

Since its establishment, KSRelief has helped 44 countries and spent $3.25 billion on 1,011 projects.