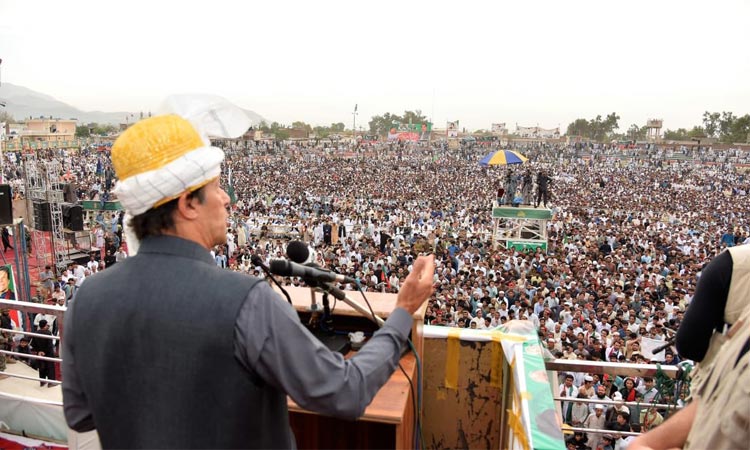 Adviser to Prime Minister on Finance, Revenue and Economic Affairs Dr Abdul Hafeez Shaikh, FBR Chairman Shabbar Zaidi and Minister of State for Revenue Hammad Azhar also participated in the programme along with the premier.

Imran assured that taxes will be spent on the welfare of the people and nobody will be allowed to harass the taxpayers. He said that people do not pay taxes as they fear for corruption.

“I assure the Pakistani public, taxpayers’ money will be spent on welfare of the people.”

The prime minister said that Pakistan was at a crossroads and added tax collection rate in Pakistan is the lowest in world.

He stressed that half of the taxes money goes to servicing the country’s debt.

“If we have to return loans, we will have to generate wealth from within Pakistan. We have to face a difficult period before we can witness a good time. The Federal Board of Revenue [FBR] will be reformed.”

He appealed to the nation for unity as they had shown  at the time of floods and earthquake. He said that Benami property will be confiscated in addition to other punishments.

Regarding tax amnesty scheme, Imran said there will be no extension after June 30.

He advised  the people  to register before the  given time , adding  they can make the payments in easy installments if   they  cannot pay them off now.

To a question, the premier said he had declared all his assets, adding that he earned money abroad and brought it to Pakistan. he said a leader is answerable to the nation.

Despite repeated warnings and announcements from Prime Minister Imran Khan and other top functionaries of the government, the response on tax amnesty scheme is dismally low as so far over 2,000 declarations have enrolled with paid tax amount standing at meagre Rs1.6 billion.

“We have so far received over 2,000 declarations and the paid tax amount stood at Rs1.6 billion. It is expected that the pace of the response to the amnesty scheme will pick up in the coming week,” officials of the Federal Board of Revenue (FBR) say.

The FBR has also been devising mechanism to allow users for sending email to FBR in case of finding out any mistake in their records at the FBR website. The tax machinery had launched Tax Profiling System where everyone, including filer or non-filer could access to the FBR data to ascertain what kind of data they possessed about him/her.

Separately, Imran Khan has approved the constitution of a steering committee on Pakistan Regulatory Modernisation Initiative (PRMI) to help devise a regulatory framework for simplifying the process of business registration.

The high-powered body will support the business community to start new ventures and attract investments by improving the ‘ease of doing business’ ranking of the country.

Among 190 economies, Pakistan ranks at 136, according to the World Bank report on ease of doing business.

The decision was taken at a PRMI meeting, which was chaired by the premier.

Giving a detailed briefing on the initiative, Arbab informed the meeting that its basic objective was to ease registration of new ventures, issuance of permits and no-objection certificates.

Under the PRMI, the process of mapping, rationalisation, modernisation and automation would be initiated, Arbab said.

The prime minister was told that the business body would help reduce corruption and provide opportunity of automation to Small and Media Enterprises (SMEs).

Imran said the SME sector had been affected adversely in the past due to the legal requirement of obtaining NOCs from different government departments and lack of automation.

“Where conditions of NOCs and registrations from different departments have paved the way of corruption, foreign investment has also been affected,” he added. 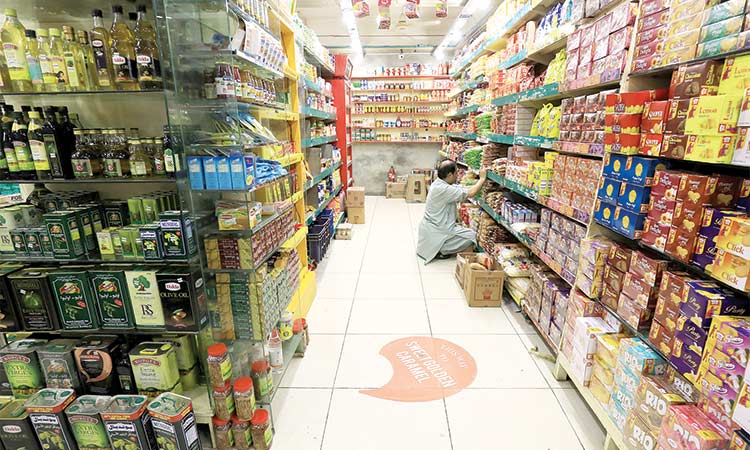 The Federal Board of Revenue (FBR) of Pakistan has decided to install computerised machines at mega retail stores and shopping malls that will be linked with its system to avoid tax evasion worth billions of rupees.