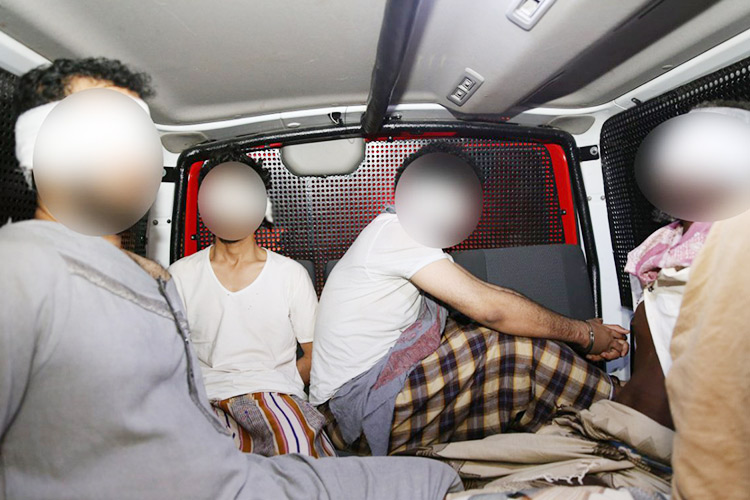 Captured militants being taken in a police vehicle.

The forces have arrested several other members also.

The Command of the Joint Forces of the Alliance "Coalition to Support Legitimacy in Yemen said: Special Forces arrested and the financial officer of the organization and a number of members of the organisation accompanying him.”

Saudi Arabia continues its role within the international coalition against Daesh.

The coalition took all preventive and precautionary measures to protect civilians to carry out the operation, by identifying and knowing the pattern of life around the whereabouts of those wanted for the purpose of reducing collateral damage to the attack.

Colonel Al Maliki said, “This process is an extension of the close cooperation between Yemen government to fight terrorism and dismantle terrorist organisations."

The Ministry of Health and Prevention (MoHAP) revealed that that the number of licenced health and pharmaceutical facilities has surged to 3,410, while the total number of workers in the public and private health sector is 26,931.

US sets record with 83,757 coronavirus infections