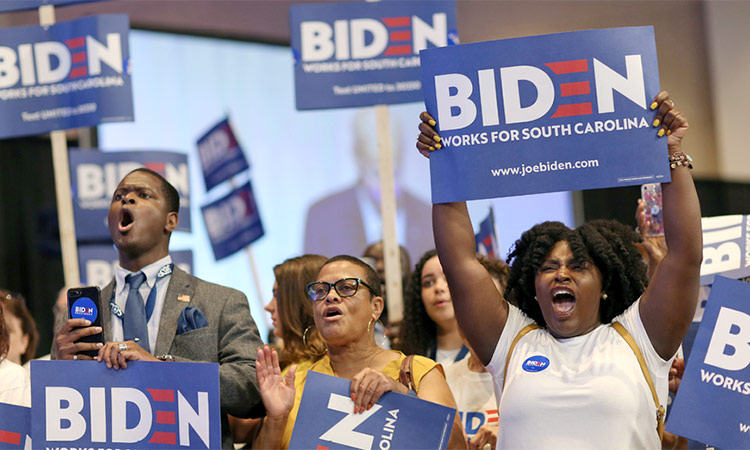 Supporters of Joe Biden cheer as he delivers a speech during the SC Democratic Convention in Columbia on Friday. File / Reuters

Biden is proposes that Congress grant immediate citizenship to more than 800,000 US residents who were brought to the country illegally as children.

Biden’s comments were made in an op-ed for the Miami Herald ahead of the first Democratic presidential debate in Florida this week.

The former vice president and Democratic polling leader introduced some of his immigration priorities Monday in a newspaper op-ed that blisters President Donald Trump for an “assault on the dignity” of the Latino community through policies and rhetoric designed to “scare voters” in 2020.

“Trump repeatedly invokes racist invective to describe anyone south of the Rio Grande,” Biden writes, assailing him for “actions that subvert our American values and our ability to lead on the global stage.”

Biden, who launched his 2020 campaign in April, calls for streamlining the asylum system for migrants and spending more on electronic security at borders instead of building Trump’s proposed US-Mexico border wall.

And he blasts Trump’s latest threats of mass deportation and his decision to cut aid to El Salvador, Guatemala and Honduras, three Central American nations that are sources of the increasing wave of migrants to the US border.

Trump, a Republican, maintains that his immigration policies are necessary to keep the country safe. He also has made clear that his 2020 reelection strategy is focused squarely on his base, which since his 2015 campaign launch has embraced his hard-line nationalism and economic protectionism.

Biden’s op-ed is published in the Miami Herald and El Nuevo Herald, with Biden using the English and Spanish versions to praise the diversity of the surrounding city where 20 Democratic candidates will take the debate stage in two heats Wednesday and Thursday.

Biden has not yet offered detailed immigration policy proposals beyond the outline.

Nonetheless, the op-ed is part of a series of policy pronouncements of varying levels of detail as Biden tries to maintain his lead in national and early state polls of Democratic primary voters.

“The Administration’s Latin America policy is at best a Cold War-era retread, and at worst an ineffective mess,” Biden writes, citing Trump’s tariff threats in Mexico, his refusal to grant temporary legal status to political refugees from Venezuela and U.S. ambivalence about rising instability in Central America.

The answer, Biden argued, is US engagement and aid that expands “economic opportunity ... so that people feel safe to stay in their home countries,” and he argued that as President Barack Obama’s top lieutenant he “led a major, bipartisan effort to address the root causes that push people to flee” those nations.

Apart from his citizenship proposal for people who came to the US as children, Biden in his outline does not directly address the more than 11 million immigrants in the country illegally.

As vice president, Biden backed an immigration overhaul that would have established a path to citizenship for most of those residents. That effort cleared the Senate but died in what was then a Republican-led House.

The immigrants brought to the US as children are commonly referred to as “Dreamers” because of never-passed proposals in Congress called the DREAM Act, which would have allowed them to remain in the country if they met certain criteria. Opponents say the act would reward people for breaking the law, encourage illegal immigration and hurt American workers.

Immigration has not been a top priority among Democratic presidential candidates thus far, other than sweeping condemnations of Trump’s values and priorities. The two Texans in the race - former Cabinet secretary Julián Castro and former Rep. Beto O’Rourke - have placed the most emphasis on the matter. 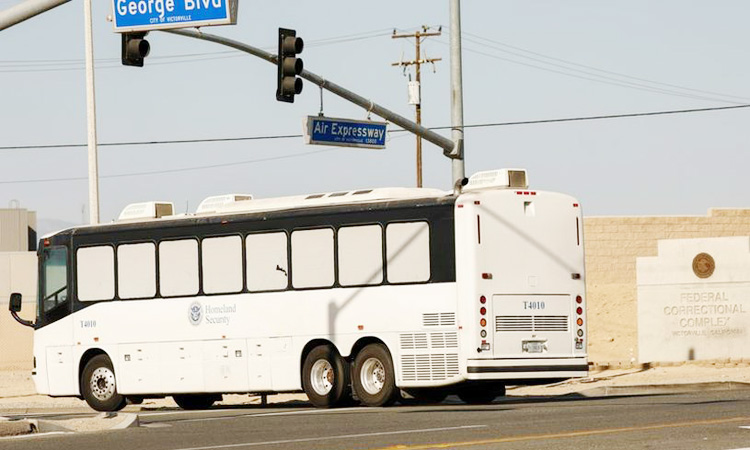