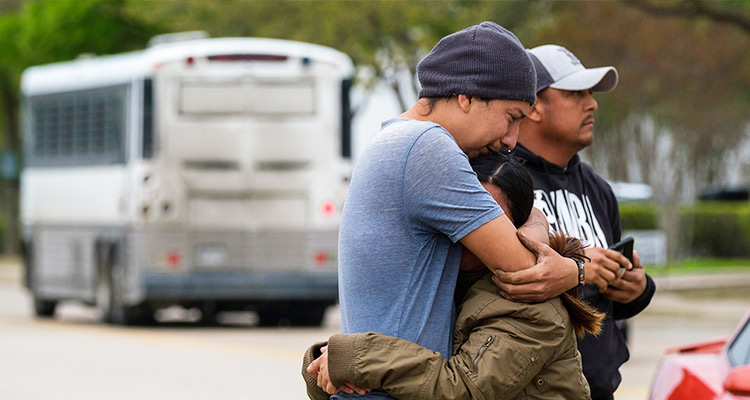 Mass round-up of 2,000 families with deportation orders was to begin on Sunday.

The mass round-up of as many as 2,000 families who had been served with deportation orders or failed to show up for court appointments was expected to begin in up to 10 cities as early as Sunday.

"At the request of Democrats, I have delayed the Illegal Immigration Removal Process (Deportation) for two weeks to see if the Democrats and Republicans can get together and work out a solution to the Asylum and Loophole problems at the Southern Border," he tweeted Saturday.

He added: "If not, Deportations start!"

It was not immediately clear what legislative measures might be considered in the two-week reprieve. Immigration reform is a long-sought goal by lawmakers in both parties but meaningful change has remained elusive amid partisan rancor.

Democratic US House Speaker Nancy Pelosi had urged Trump to call off the raids, alluding to his stated reason for scuttling a military strike on Iran in retaliation for its drowning of an unmanned US spy drone as many as 150 lives would be lost, he said. 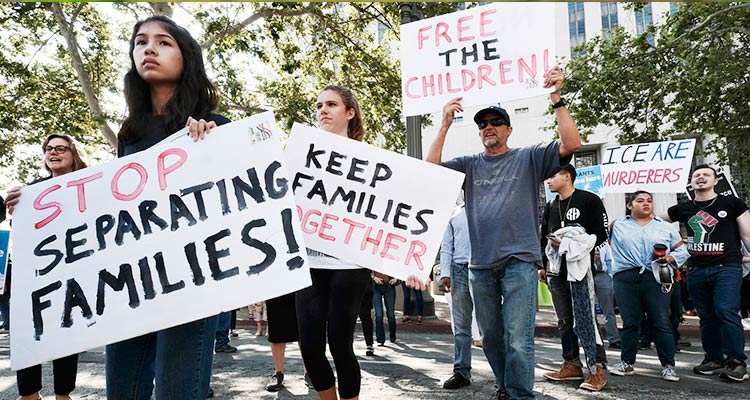 It was not immediately clear what legislative measures might be considered in the two-week reprieve.

"I would hope he would apply that same value to avoiding the collateral damage to tens of thousands of children who are frightened by his actions," Pelosi said in a statement.

No help from major cities

Major US cities said to be targets of the now-postponed raids had vowed not to cooperate, with city leaders and civic groups from New York to San Francisco warning undocumented foreigners of their rights.

In Texas, an immigrant and refugee advocacy group called RAICES put out a tweet reminding immigrants of their rights if their home or place of work is raided: they can refuse to open the door, remain silent, refrain from signing anything and ask to speak to a lawyer.

"Only good faith bipartisan efforts will fix the system and ensure our country lives up to its own highest values and ideals," said Mayor Keisha Lance Bottoms of Atlanta, one of the cities girding for operations that Trump warned of on Monday.

US news outlets reported that the family roundups had been expected in up to 10 cities including Houston, Chicago, New York and Miami.

Much as he did to get elected in 2016, Trump is focusing on illegal migration as red meat to rally his conservative base as he seeks another term in 2020. 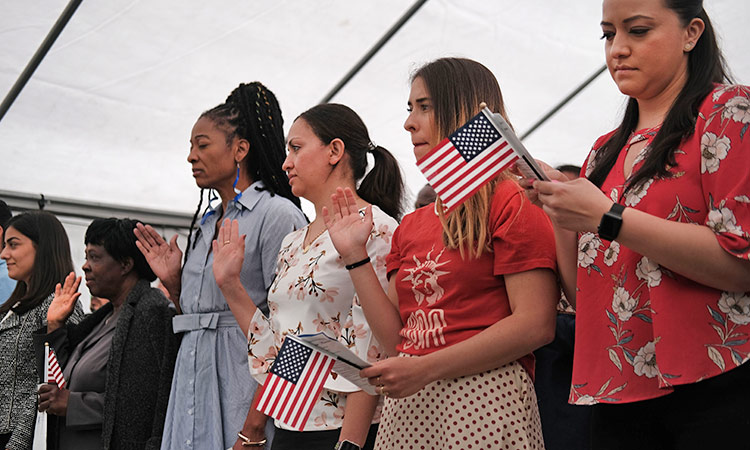 An army of immigrant voters stand in Trump’s path

This is where a nation changes: a public school auditorium that moonlights as a veritable citizenship factory. At the M.O. Campbell Educational Center, where murals honouring