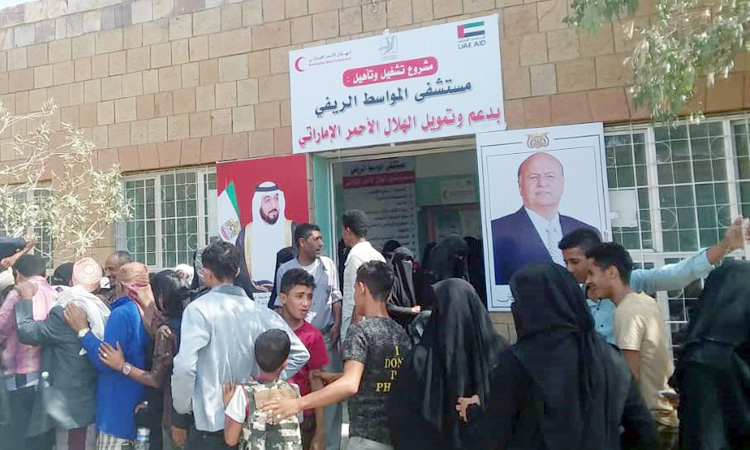 The UAE has borne the costs of conducting more than 600 major and minor surgeries at the Al Mawasit Rural Hospital during the months of March, April and May, as well as providing other free health services provided to all citizens.

A report issued by the hospital and the health office in Al Mawasit district in June - about the services provided by the hospital during the three months - highlighted that the number of patients to conduct the inspection and tests was 11844 patients, 7377 for the laboratory and 7112 for the pharmacy in addition to thousands of cases in radiology departments and other health units.

The hospital officials thanked the United Arab Emirates for continuing to provide support and assistance to Taiz Governorate.

In March 2019, it was announced that Al Mawasit Rural Hospital in Taiz Governorate - which was re-operated with the support of the UAE - has continued to provide its medical services free of charge to Yemeni citizens in Al Mawasit District, and other villages and directorates.