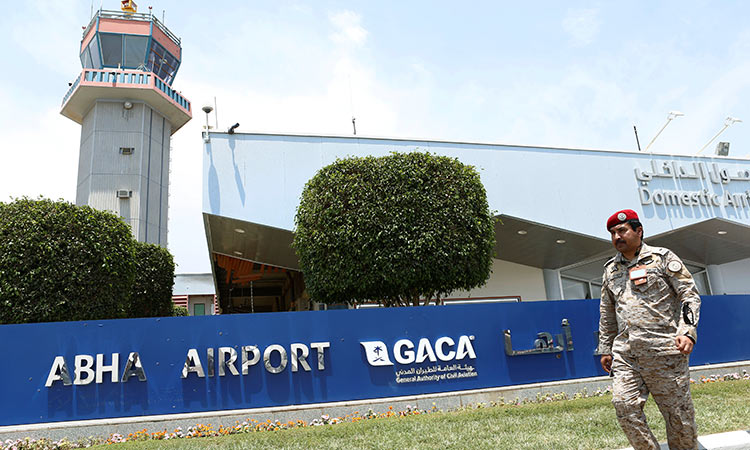 The drones targeted Abha airport, where a rebel missile on Wednesday left 26 civilians wounded, and the nearby city of Khamis Mushait, which houses a major airbase, the coalition said in a statement released by Saudi state media.

The latest raid comes amid spiralling regional tensions after Washington accused Iran of carrying out attacks that left two tankers ablaze in the Gulf of Oman, the second such incident in a month in the strategic sea lane.

The airport was operating normally with no fights disrupted, the statement added.

Wednesday's missile strike hit the civil airport in the mountain resort of Abha.

During a media tour of the airport on Thursday, Saudi authorities said they had closed a part of the arrival lounge after the missile tore a hole in the roof and disrupted flights for several hours.

The area was covered in bamboo scaffolding and littered with concrete debris and shards of broken glass, AFP saw.

Two passengers, including an Indian national, who suffered mild injuries recalled pandemonium and screams after a loud explosion triggered a blaze, leaving the lounge covered in smoke.

A Saudi civil aviation official said authorities were still investigating rebel claims that they fired a cruise missile at the airport.

The coalition vowed to "take stern action" to deter the rebels and protect civilians after the missile attack, which drew international condemnation including from the European Union.