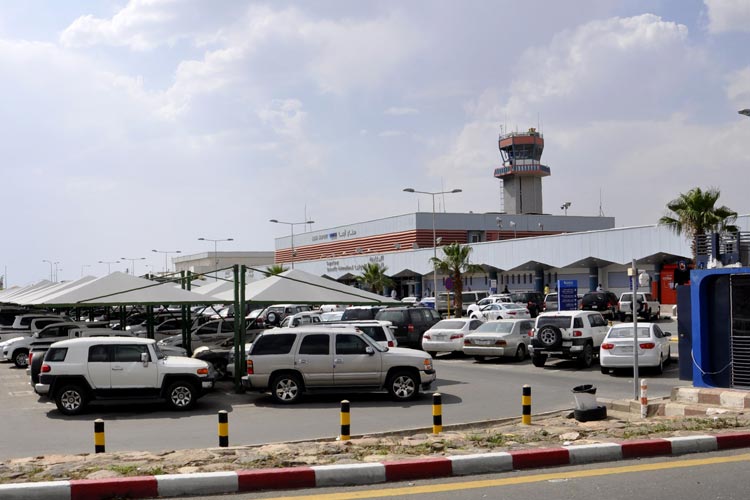 A view of the Abha International Airport. File photo

The Official Spokesman for the Coalition to Restore Legitimacy in Yemen, Colonel Turki Al Malki, announced that a hostile projectile fired by the Houthi militia at 02:21pm on Wednesday hit the arrivals hall at Abha International Airport through which thousands of passengers of different nationalities pass daily.

The Saudi Press Agency, SPA, quoted Colonel Al Maliki as saying that a total of 26 passengers of different nationalities were injured by the projectile, including three women (Yemeni, Indian and Saudi) and two Saudi children.

Eight people with moderate injuries were transferred to a hospital for treatment, while 18 were treated at the site for minor injuries. There was also some physical damage to the airport lounge.

Malki stated that the military and security forces are working to determine the type of projectile used in the terrorist attack.

"This attack also proves this terrorist militia’s acquisition of new special weapons; the continuation of Iranian regime's support and practice of cross-border terrorism; and the continued violation of relevant UN Security Council resolutions, including Resolution 2216 and Resolution 2231," he added,

Malki stressed that in the face of the Houthi militia attack, as well as its immoral violations, the Command of Joint Forces of the Coalition will take urgent and timely measures to deter this terrorist militia and ensure the protection of civilians and their properties. "In addition, terrorist operatives responsible for the planning and execution of this attack will be held accountable, in accordance with international humanitarian law and its customary rules," he concluded.