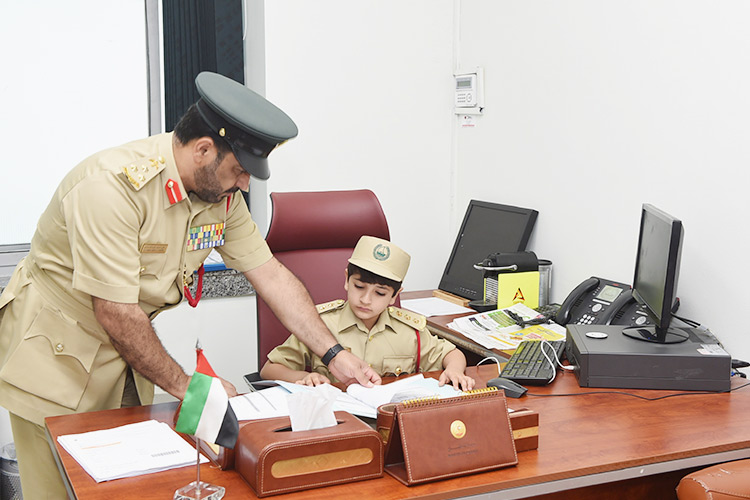 Ali Ibrahim Ramadan is being briefed about the work.

Dubai Police fulfilled the dream of Ali Ibrahim Ramadan, an 8-year-old boy by allowing him to become a police officer for a day at the Al-Muraqqabat Police station.

A background check was carried on the child and a work schedule was set up for him at the Al-Muraqqabat station.

Brigadier General Ali Ghanem, his deputy, Colonel Issa Ahmed Salem, and a number of officers and individuals, accompanied the 8-year-old for a comprehensive visit to the Muraqqabat Police Station,

Aside touring the centre, Ramadan experienced working in the office by holding a mini-meeting, and on the field by accompanying the police patrol on School Security Initiative.

The staff members of the command and control centre, were happy to have the child around.