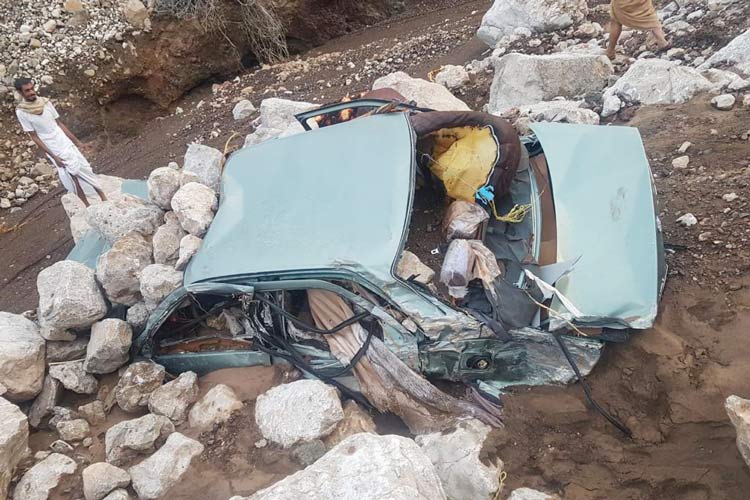 A damaged car is seen in the valley in Oman.

Heavy rain was witnessed in UAE and Oman on Sunday. Three people died as a result of the rain in Oman in the past two days.

The efforts of the Oman civil defence and ambulance teams in cooperation with the Royal Oman Police are underway to search for a missing Asian family of six members whose vehicle swept away in Wadi Bin Khalid State.

In the UAE, the rain brought the temperature down by a few notches.

Traffic remained normal, and there were no accidents reported. Surface runoff was visible on various roads and yards.

The National Centre of Meteorology (NCM) forecasts cloudy weather for coming days. Chances of rain, accompanied by thunder over the northern and eastern areas, were likely, it said.

Motorists have been told to drive carefully.