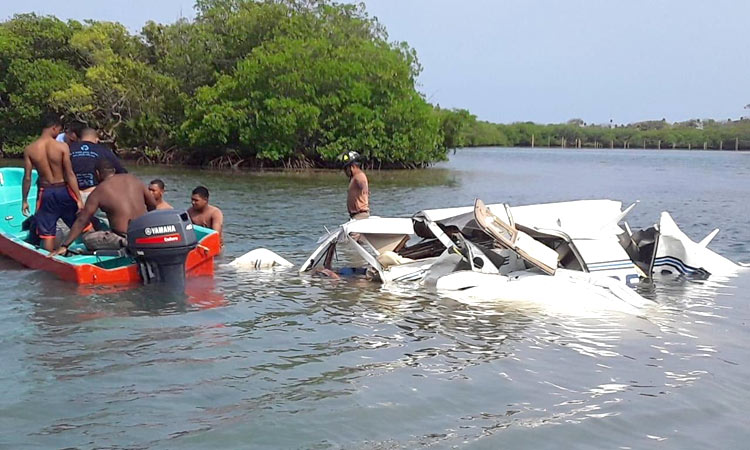 The remains of victims are recovered from the wreckage of a plane near the island of Roatan, Honduras. Reuters

Four Canadians and an American pilot died Saturday when their small plane plunged into the sea off the Honduran island of Roatan where they were vacationing, firefighters said. 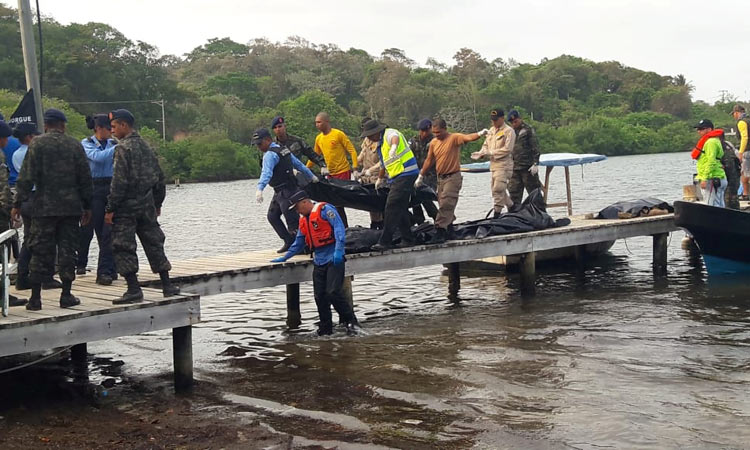 The remains of victims are recovered from the wreckage of a plane near the island of Roatan, Honduras. Reuters

The dead were identified as Bradley Post, Bailey Sony, Tomy Dubler and pilot Patrick Forseth. The other Canadian pilot, Anthony Dubler, briefly survived the crash but died at the Roatan hospital of his injuries.

The causes of the crash and the registration information for the aircraft were not immediately available.

It occurred as the tourists were headed toward the city of Trujillo, about 77 kilometers (48 miles) from Roatan.