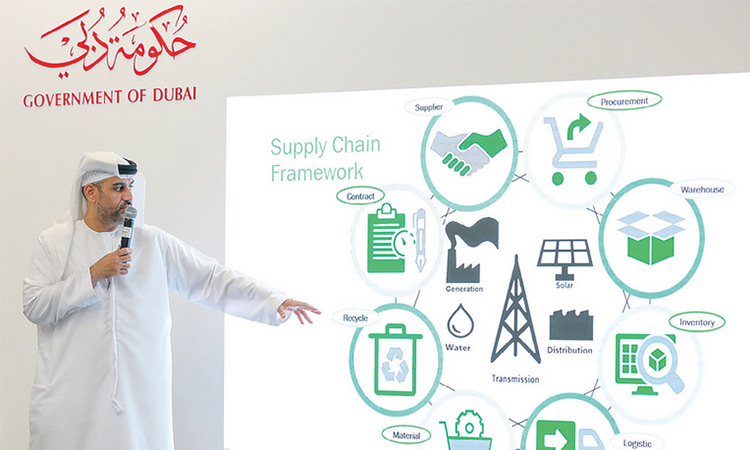 Dubai Electricity and Water Authority for small and medium enterprises organises the event.

Around 80 SME owners and representatives attended the meeting where they voiced their opinions and ideas, and were introduced to Dewa’s initiatives and programmes, that aim to empower the business environment, and enhance the role of SMEs in Dubai’s business environment.

“Within this framework, we are keen on building strategic relations with private sector organisations, especially with SMEs. At DEWA, we are committed to the best practices and highest standards of transparency in our relationship with partners. We adopt a culture of creativity and innovation as a standard practice to develop services and raise their efficiency. We expect our partners to adhere to these standards to build and establish long-term cooperation relationships; contributing to our shared vision of strengthening Dubai’s position, which ranked first in the world’s most attractive city for entrepreneurs, as per the business survey of 2018 by the Alliance Global Business Center network.”

Representatives of SMEs expressed their appreciation at Dewa for organising the meeting, which contributed to strengthening their strategic relationship and learning about Dewa’s requirements. They emphasised that Dewa offers various opportunities for SMEs and opens its doors towards pioneering projects and innovative ideas that benefit all parties concerned.

The UAE, represented by Dubai Electricity and Water Authority (Dewa), has maintained its first global ranking, for the second consecutive year, with scores of 100% in all Getting Electricity indicators in the World Bank’s Doing Business 2019 report. The report measures the ease of doing business in 190 economies around the world. Dewa achieved competitive results in global benchmarking, surpassing the private sector and major European and American utilities in efficiency and reliability. Dewa raised the efficiency of its energy production by using the latest technologies and adopting technological innovations, surpassing European and American utilities, by reducing losses from electricity transmission and distribution networks to 3.3% compared to 6–7% in the US and Europe. DEWA also achieved the lowest customer minutes lost per year (CML) in the world of 2.39 CML compared to 15 minutes in Europe and was also able to reduce water network losses to 6.5% in 2018 compared to 15% in North America, which is one of the best results in the world.

In January 2012, HH Sheikh Mohammed bin Rashid Al Maktoum launched the Mohammed bin Rashid Al Maktoum Solar Park, the largest single-site solar park in the world, which has a total planned capacity of 1,000MW by 2020, and 5,000MW by 2030, with a total investment of AED 50 billion. After completion, the solar park will reduce 6.5 million tonnes of carbon emissions annually. Dubai Electricity and Water Authority (Dewa) has issued a tender for the 5th phase of the Mohammed bin Rashid Al Maktoum Solar Park for 900 megawatts (MW) of electricity using photovoltaic solar panels, based on the Independent Power Project (IPP) model.