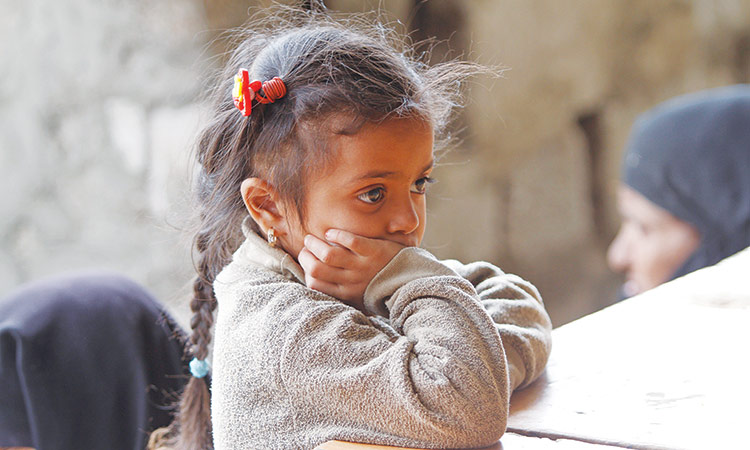 A girl waits for her food at a charity kitchen in Yemen on Thursday. Reuters

The Joint Forces Command of the Coalition to Restore Legitimacy in Yemen stated that it conducted on Thursday air operations against military bases and facilities of the Iranian-backed Houthi militias, reported the Saudi Press Agency.

“We have begun to launch air strikes targeting sites operated by the Houthi militia, including in Sanaa,” a coalition official, said.

The coalition said it had hit “a number of legitimate military targets” that the rebels used to store munitions.

They were targeted after the Coalition’s military intelligence confirming the facilities were used for storing weapons and ammunition, adding that the air operations achieved the mission objectives.

In a statement, the Coalition said, Tuesday’s attacks by the Iranian-backed terrorist Houthi militias on vital facilities in the Kingdom of Saudi Arabia were a violation of the international humanitarian law and customs, and amount to war crimes.

“The Coalition forces are determined to chase all terrorist elements across Yemen, and target all locations, from which terrorist attacks are initiated,” it added.

The Coalition affirmed it would continue its operations in accordance with international laws and customs until the objective of “neutralising” Houthi military targets is achieved.

“The Houthis are an integral part of the Revolutionary Guard forces of Iran and follow their orders, as proven by them targeting installations in the kingdom,” Minister of State for Foreign Affairs Adel Al Jubeir tweeted.

On Wednesday, Minister of State for Foreign Affairs Anwar Gargash said the UAE would show restraint and was committed to de-escalation.

Separately, UN Secretary-General Antonio Guterres condemned the recent attacks on commercial vessels off the coast of the United Arab Emirates and stressed the need for further investigation to determine the facts and hold accountable the perpetrators, according to his spokesperson.

Stephane Dujarric told a briefing in New York, that the Secretary-General has also condemned the drone attacks on oil facilities Saudi Arabia, for which the Houthis have claimed responsibility.

The spokesperson said that he has been asked in recent days about the different developments in the Gulf, and that he can say that the “Secretary-General is following with growing concern recent incidents and hardening rhetoric in the Gulf region, which threaten to further destabilise an already volatile situation.”

Guterres has recalled that attacks targeting civilian infrastructure violate international humanitarian law, and also called upon all actors to exercise maximum restraint and prevent any escalation amid heightened tensions, the spokesperson added.

The Permanent Missions of the United Arab Emirates, the Kingdom of Saudi Arabia, and the Kingdom of Norway sent a joint letter to the United Nations Security Council on Tuesday, drawing attention to an incident in the UAE territorial waters on 12th May 2019, that targeted four tankers — two Saudi-flagged, one Norwegian-flagged, and one Emirati-flagged vessel.

“These attacks come at a time when responsible stakeholders across the region should work together to lower tensions,” underlined Ambassador Lana Zaki Nusseibeh, UAE’s Permanent Representative to the United Nations in New York. “The UAE is cooperating closely with Saudi Arabia, Norway, France, and the United States to investigate these attacks.”

“It is an act of sabotage that affects the safety of international navigation and the security of world oil supplies,” said Abdallah Y Al Mouallimi, Permanent Representative of Saudi Arabia to the UN. “Consequently, the Kingdom of Saudi Arabia condemns in the strongest terms these terrorist attacks and calls upon the international community to take a firm stand towards those responsible for such provocative and subversive operations.”

“We’re glad the crew onboard was unharmed. However, the Norwegian vessel suffered material damages. Norwegian authorities are in the process of assessing the situation, in close cooperation with among others the Emirati authorities,” says Norway’s Ambassador and Permanent Representative to the United Nations Mona Juul. 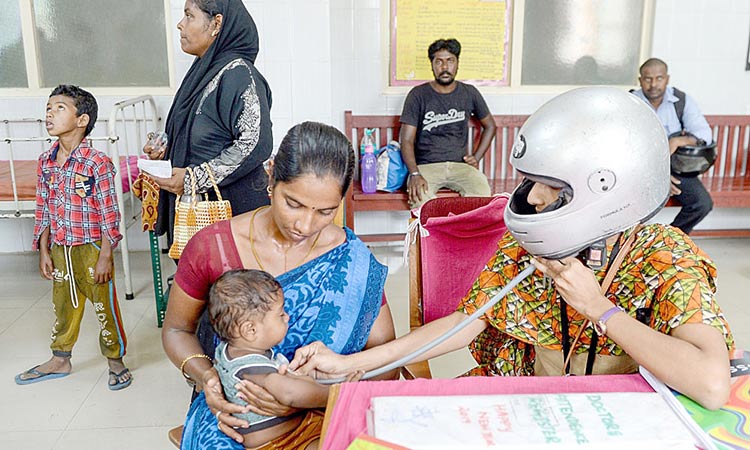