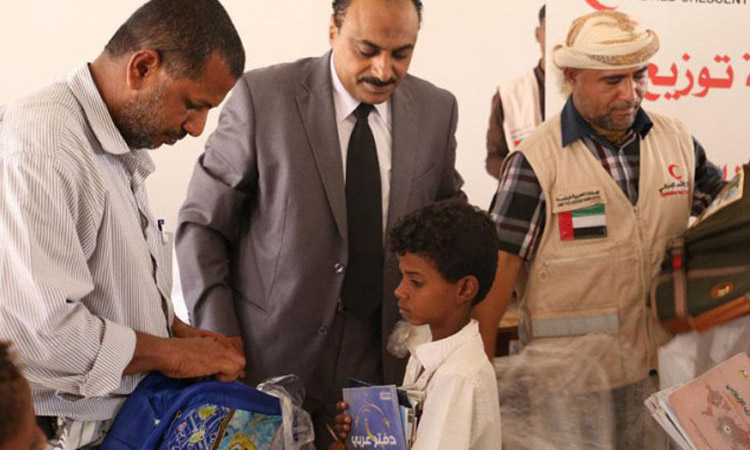 The United Arab Emirates and Saudi Arabia will provide $70 million towards the salaries of teachers in Yemen, in cooperation with the Unicef, with each country paying half of the sum.

An agreement toward this effect was signed in Riyadh on Wednesday by Dr Abdullah Bin Abdulaziz Al Rabiah, Adviser to the Saudi Royal Court and General Supervisor of the King Salman Humanitarian Aid and Relief Centre, Sultan Mohammed Al Shamsi, UAE Assistant Minister of Foreign Affairs and International Cooperation for International Development Affairs at MoFAIC, and Al Tayeb Adam, Representative of UNESCO to GCC States.

The Unicef representative expressed appreciation for the UAE-Saudi support, which he said will enable up to 3.7 million Yemeni children to continue their study in their own country, in addition to improving the living conditions of teachers and boosting the domestic economy in general.

He revealed an additional donation of $40 million to be provided by the two countries to help Unicef fight malnutrition and cholera in Yemen.