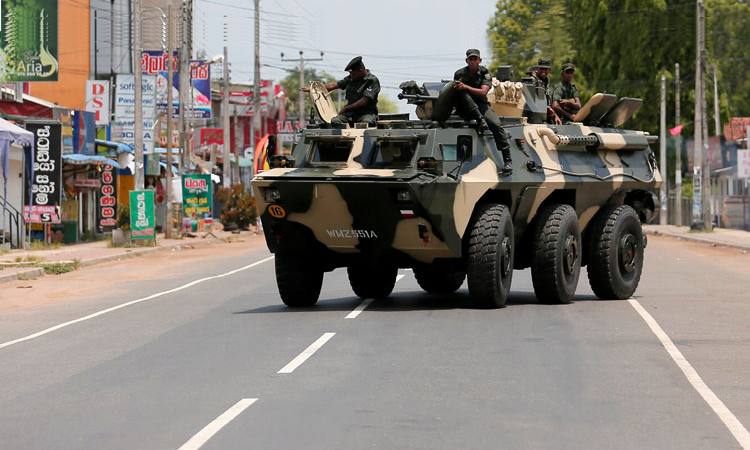 Sri Lankan authorities said Wednesday they had the situation "under control" after mosques and Muslim-owned shops and businesses were targeted in a violent backlash after the Easter Sunday terror attacks.

"There were no incidents of violence overnight and we are arresting groups of people responsible for taking part in mob attacks." 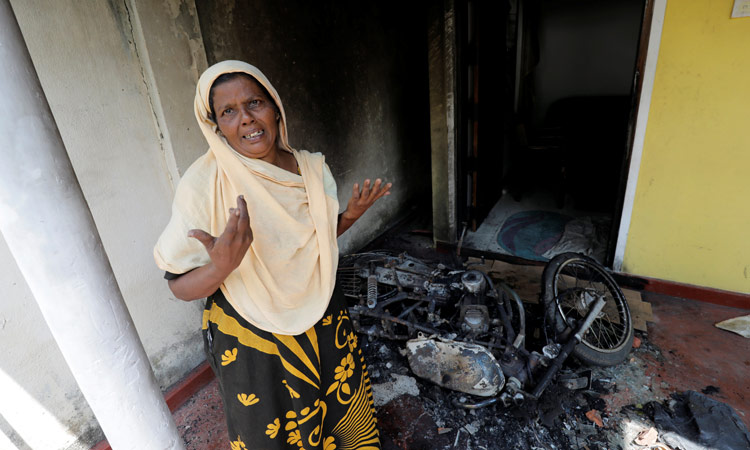 A woman reacts next to a burnt motorbike in Kottampitiya, Sri Lanka, on Tuesday. Dinuka Liyanawatte/Reuters

But Muslims in North-West Province remained nervous and stayed indoors Wednesday, after sword-wielding rioters killed one man late Monday while vandalising scores of shops and mosques.

In Bingiriya, where some 2,000 people went on the rampage, Muslim cleric M.I.M. Siddeeque said the community was worried.

"The situation is now totally under control. There were no incidents of violence overnight and we are arresting groups of people responsible for taking part in mob attacks.

"Our people are still afraid to go out," he told AFP by telephone.

Among those detained was Amith Weerasinghe, a man from Sri Lanka's majority Buddhist Sinhalese community and on bail for his role in similar riots in March last year in the central Kandy district. 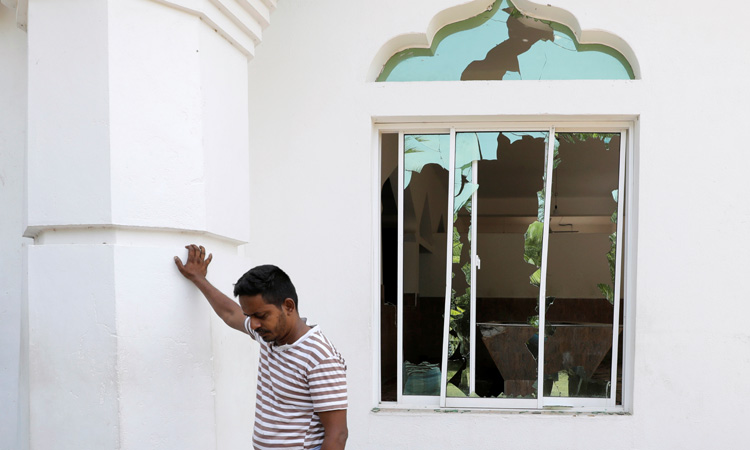 A Muslim man looks on outside the mosque after a mob attack in Kottampitiya. Dinuka Liyanawatte/Reuters


Meanwhile, the police also made several changes in the command structure by removing senior officers in the troubled areas after allegations that officials did nothing to stop the rioters.

"The attacks on mosques, the burning of houses and shops, the attacks on innocent people cannot be condoned in any way," Jayasuriya said in a statement.

"The attacks on mosques, the burning of houses and shops, the attacks on innocent people cannot be condoned in any way.