Highlighting the power of faith - GulfToday

Highlighting the power of faith 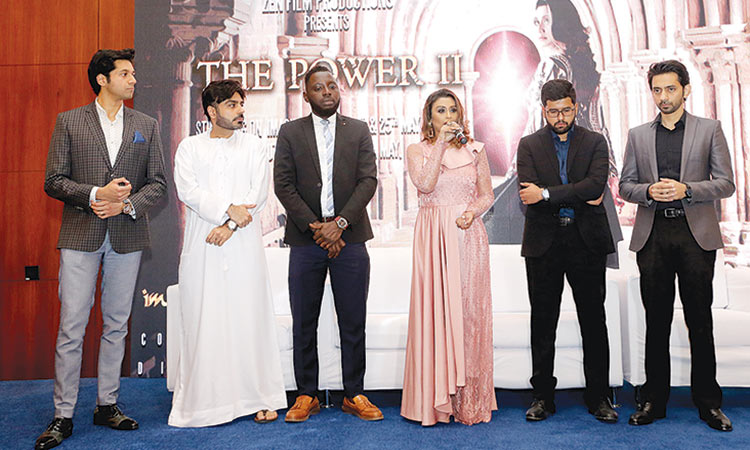 Zenofar Fathima (centre) poses with the entire cast for the media in Dubai, on Wednesday evening. Kamal Kassim/Gulf Today

Driven by a passion to educate the society on different social issues, Dubai-based TV presenter, producer, actor, founder and CEO of Zen Productions Zenofar Fathima has been very successful in her endeavour so far. Known for giving many short films like “Selfie,” “Inertia,” “The Pitt,” “The Peril,” “The Peril 2” and “The Power,” Zenofar has garnered lots of praise from the Dubai audience for picking the right subject.

She has been instrumental in creating an impact on the minds of the people here with her kind of films.

To move a step ahead in her mission, Zenofar has presented her latest short film “The Power 2” on Wednesday evening, for which she received huge appreciation.

Coinciding with the Holy Month of Ramadan, the film was presented at the Marriott Hotel, Al Jaddaf, Dubai, on Wednesday evening in the presence of Dubai media, socialites and invited guests.

Directed by Sachin Ramadas, the film takes us on a journey of faith.

Talking about her latest film, Zenofar said, “Just in case you need a little reminder that miracles do happen, the ‘Power 2’ is the film to watch.

The film tells a beautiful story about faith. The power of prayer is universal and transcends faith and religion.

“We might not realise it, but I believe that all of us do experience miracles big and small, and I have conceptualised this movie as a means to cultivate gratitude within us.”

Talking about the challenges in making a short film, she said, “It is always challenging, expressing yourself in just few minutes is really an art. But I feel with a good script you can make it possible.”

Praising her cast, she said, “Picking up the right cast has always been challenging.

“But I am happy that I picked up the right cast for the film, and they all have done terrific work. They deserve praise for their hard work.”

Shooting in scorching heat (45˚C temperature) was not a joke. It was one of the most challenging things we have done, she added.

The audience can watch the full movie on Imagine Movies on May 24 and 25. It will be released on YouTube on May 26.