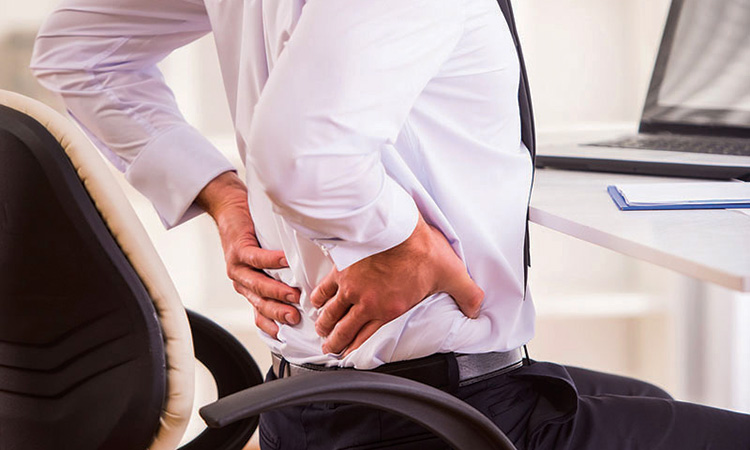 Back pain and lower body numbness, including numbness of the private parts, signal a disorder which may put one in catheter for the rest of his life and so never disregard these symptoms.

Neurosurgeon Dr. Hillol Kanti Pal raised the need for more awareness on the condition Acute Cauda Equina Syndrome on Sunday when he discussed with Gulf Today the case of Abdul Majeed.

The 43-year-old security guard from Sharjah was taken to Thumbay Hospital in Ajman by his supervisor when he found himself unable to get up from bed one recent morning due to sudden severe onset of lower back pain that stretched down to his right leg and right ankle, as he had experienced no urge to urinate and defecate for three days even if he wanted to.

“We have to let people know that this condition may have (an individual) use the catheter for the rest of his life because of the permanent loss of bladder/bowel control since the emergency surgery which must have been (accomplished) within 48 hours, from the onset of the pain and other symptoms, was not done,” said Pal.

He explained that Acute Cauda Equina Syndrome is termed as such because of the horsetail-like appearance of the cluster of nerves from the lower end of the spinal column that spreads out to the other organs of the human anatomy such as the bladder.

“Just imagine how uncomfortable it would be, wanting to pass on urine or stool and you could not. It would be distressing, it would not result though in depression,” Pal also said, adding that when numbness of the private parts arises, there are chances of sexual dysfunction due to the loss of sensation.

Pal stressed the significance of the necessary surgery, saying that when neglected, the consequent continuous use of catheter may lead to infections as the instrument may also impact on one’s mobility, employment and productivity.

Pal who labelled the disorder as “uncommon,” has had six patients each year of the six years he resided in Malaysia, seven or one every year since in the UAE seven years back, and many cases in India, since 1989, whose average age was between 40 and 50, diagnosed to be diabetics, chronic smokers, and leading sedentary lifestyles.

“The diabetics and chronic smokers (are candidates) because their cartilages degenerate (quickly),” he said, claiming that others afflicted are those which carry heavy loads or weight.