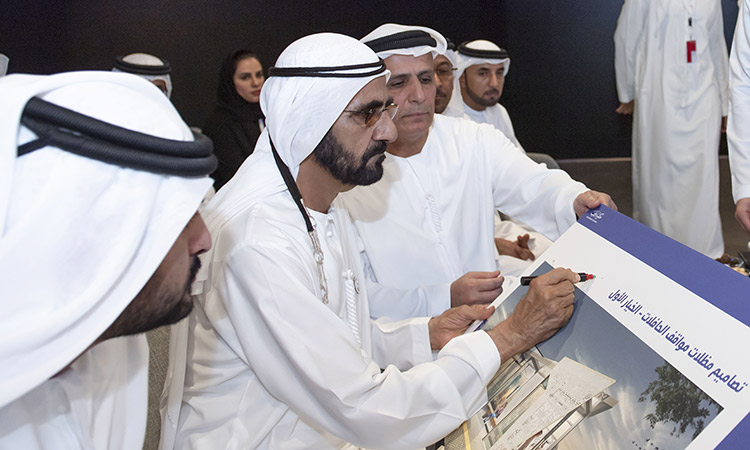 Sheikh Mohammed inspects future projects to be developed by the emirate's Roads and Transport Authority. WAM

His Highness Sheikh Mohammed Bin Rashid Al Maktoum, Vice President, Prime Minister of the UAE and Ruler of Dubai, has approved a package of future projects to be developed by the emirate's Roads and Transport Authority (RTA).

The projects, aimed at enhancing the happiness of residents, include a Sky Garden, bicycle lanes and promenades at Sheikh Zayed Road, Umm Suqeim and Jumeirah Beach.

Sheikh Mohammed approved a series of 'Happiness Projects' during a recent visit to the RTA.

Mattar Al Tayer, Director-General and Chairman of the Board of Executive Directors of RTA, briefed Sheikh Mohammed on the Sky Garden Project, a new footbridge measuring 380 metres in length and 60 metres in height and spanning an area of 3,422 square metres. Sky Garden promises to be a new tourist destination for residents and visitors.

It utilises the area underneath the Dubai Metro viaduct and transforms it into a modern green space stretching 2.5 km open for visitors to engage in walking and cycling. The walkways include three main points - Bazaar Street, Technology Park and Urban Park spanning an area of 54,000 square metres.

A project undertaken by RTA in cooperation with Careem to operate 3,500 bicycles at 350 stations in Dubai was also reviewed by His Highness. The project will be the first bicycle-pool phased programme of its kind in the region. 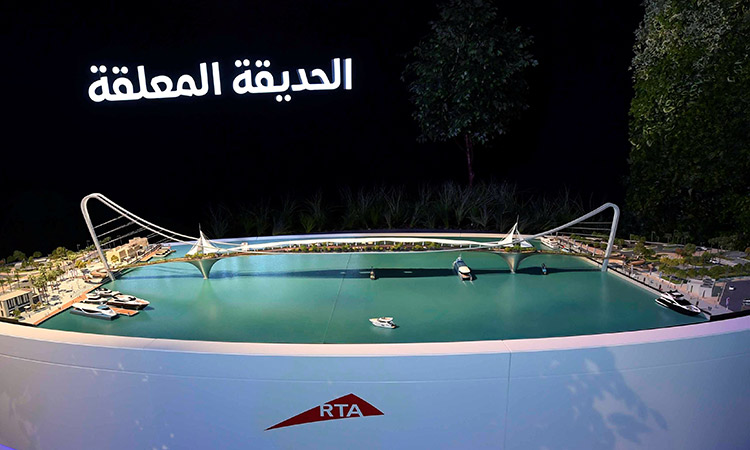 The Dubai Ruler was briefed about the 'Skypods' project, a suspended transit system that links vital spots such as the Dubai Financial Centre and the Downtown with the Business Bay. Passing through Happiness Street and running up to City Walk, through tracks extending 15 km in length, the project has 21 stations and the capacity to transit 8,400 riders per hour per direction.

As for Smart Traffic Systems, Sheikh Mohammed reviewed the project's progress a strategic undertaking implemented by the RTA to provide an integrated infrastructure of smart traffic systems that utilise artificial intelligence technologies, big data and the Internet of Things.

It aims to raise the coverage of smart traffic systems in roads network in the emirate from 11 per cent to 60 per cent, improve accident and congestion monitoring time on the emirate’s roads to ensure a speedy response, and provide real-time traffic information about the condition of roads network via Variable Messaging Sign (VMS) and smart apps.

The project will also enhance the efficiency of managing the traffic movement in major event venues such as Expo 2020.

When completed, the project will contribute to upgrading the Dubai smart traffic systems to bring it in line with advanced countries such as Singapore and South Korea where coverage exceeds 85 per cent.