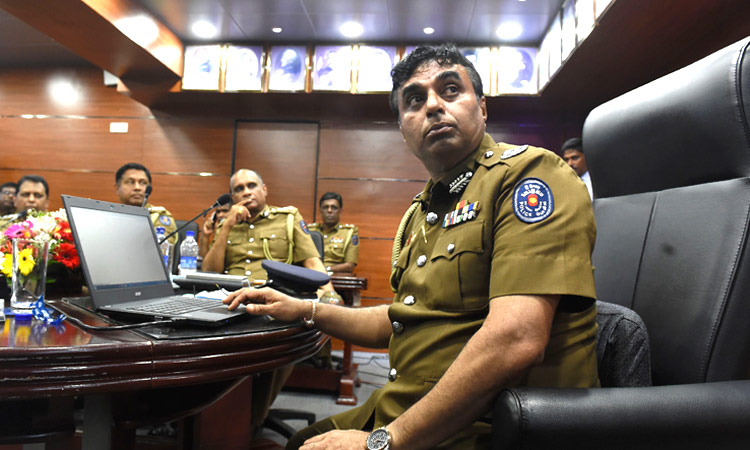 Sri Lanka's president suspended the chief of police on Monday and appointed a new defence secretary in a shake-up of the shell-shocked country's security services following the Easter Sunday terror attacks.

Intelligence warnings from abroad alerting to possible attacks by extremists were ignored ahead of the multiple bombings of churches and upscale hotels on April 21 that killed 253 people and injured nearly 500.

Chief of police Pujith Jayasundara had refused to quit to clear the way for a shake-up of the 85,000-strong force, prompting President Maithripala Sirisena to suspend him on Monday.

Separately Sirisena appointed on Monday a former head of the army, Shantha Kottegoda, as the country's top defence official.

His predecessor at the ministry of defence and law and order, Hemasiri Fernando, stepped down on Thursday in the wake of the attacks, which were claimed by the Daesh group.

General Kottegoda, 69, was forced to retire as head of the army in December 2005, by then-president Mahinda Rajapakse.

Sirisena said an intelligence agency from a neighbouring country had provided precise details of the impending attack 17 days in advance, but local authorities had failed to take counter measures.

Official sources said the president was referring to information provided by India's Research and Analysis Wing which apparently gleaned details of the Easter attacks from a militant suspect in Indian custody.