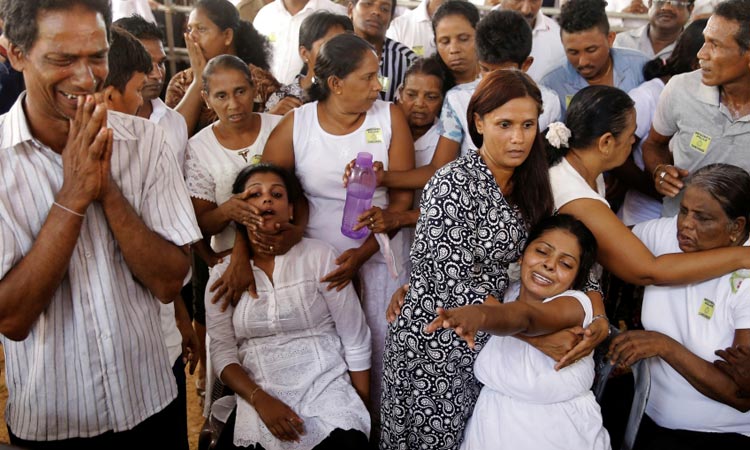 People react during a mass for victims in Negombo on Wednesday. Reuters

A defence ministry official said Fernando had submitted a letter of resignation to head-of-state Maithripala Sirisena.

"He told the president that he was accepting responsibility and resigning so that the president can make a new appointment," the official said, speaking on condition of anonymity.

Indian intelligence shared several specific warnings about attacks with Sri Lankan authorities, an Indian source told AFP, but the information was not given to ministers, in what the government has called a "major" lapse.

Authorities are now in a desperate hunt for suspects linked to the attacks, and police on Thursday released the names and photos of three men and three women they want to question.

Tensions remain high, with the capital on alert over rumours of fresh bombs, but police said there had been no credible reports of explosive devices.

Private burials will still be carried out.

Sirisena met political party leaders on Thursday and announced he would revive a military-police body last used during the country's fight against Tamil insurgents to coordinate operations after the bombings.

In the past, the joint operations command was headed by a senior military figure and included members of the military as well as police and intelligence.

The army, navy and air force poured more than 3,000 additional troops onto the streets to help police.

Authorities have banned drone flights and the government suspended plans to implement visa-free travel for tourists from 39 countries — including European Union nations, Australia and the United States — for six months from May 1. 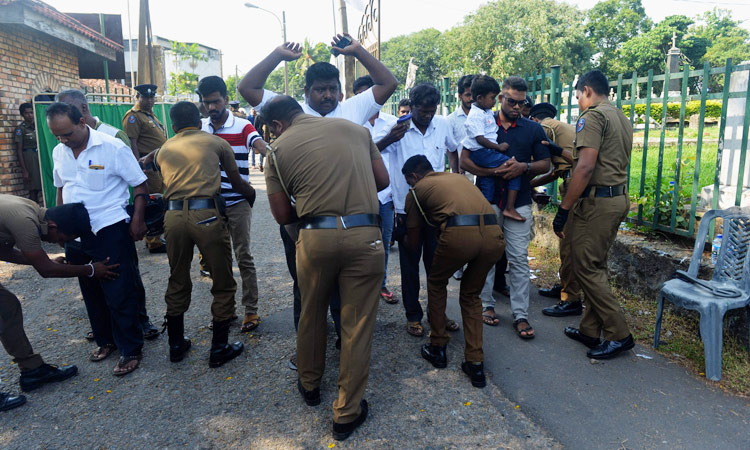