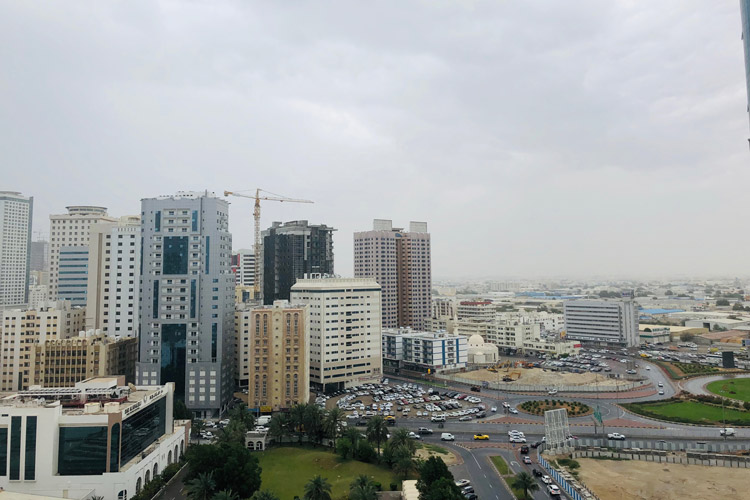 A general view of the Sharjah with overcast skies.

The National Centre of Meteorology (NCM) has expected that the volatile weather may remain likely today with rainfall of different intensities over most areas of the country, associated with thunder activity at times and hailstones fall.

Temperatures tend to decrease. While the winds will be fresh southwesterly to northwesterly, and strong at times causing blowing dust and sand over exposed areas, with a speed of 30 – 45 km/h, may exceed 70 Km/hr. The waves will be rough to very rough especially with clouds activity in the Arabian Gulf and rough in the Oman Sea.

Last week, the NCM indicated that the weather on Wednesday would be partly cloudy to cloudy at times over some areas with a chance of some rainfall over western and coastal areas. There could be moderate to fresh at times northeasterly to easterly winds, blowing dust and sand over exposed areas, with an initial speed of 20–30km/h, reaching 40km/h over the sea. The waves would be rough, becoming moderate by the afternoon in the Arabian Gulf, and mild to moderate in the Oman Sea.

The weather on Thursday was predicted to be partly cloudy, becoming completely cloudy over some areas, with a probability of some light rainfall over the coastal and some western areas and an increase in temperatures, according to the NCM. Moderate northeasterly to southeasterly winds, freshening at times with cloud activity, were likely. The winds could blow dust and sand over exposed areas, reaching 40km/h over the sea. The seas would be moderate to rough at times with cloud activity in the Arabian Gulf, and moderate in the Oman Sea, the Centre added.