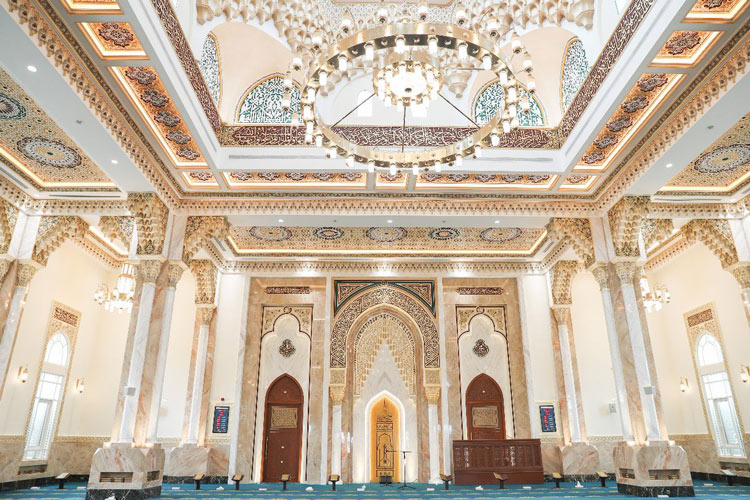 Built at a cost of Dhs18 million, the ‘Martyrs Mosque’ replaces the old cemetery mosque. WAM

Built at a cost of Dhs18 million, the ‘Martyrs Mosque’ replaces the old cemetery mosque. The exterior design of the mosque, which can serve 1,625 worshippers, is inspired by traditional Emirati architecture. The mosque also features a women’s prayer hall, which can accommodate 300 worshippers.