Give priority to pedestrians or incur Dhs500 fine: Police - GulfToday 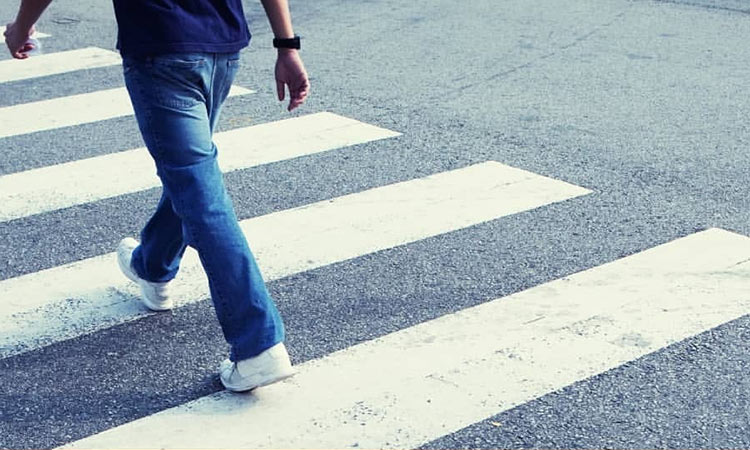 DUBAI: The Dubai Police have unveiled new sophisticated cameras installed at pedestrian crossing areas to monitor vehicles that fail to abide by the traffic regulations.

He said, “Such cameras will further monitor vehicles that stop on zebra lines, that will also attract a fine of Dhs500, while stopping vehicles in a way that causes danger to passersby or hinders the movement of pedestrians will incur fines of up to Dhs400.”

He called upon drivers to give priority to pedestrian areas and reduce speed near those areas, especially near densely populated industrial places and markets.

Al Zafeen further urged pedestrians to commit to the signals installed at crossing areas. The traffic patrols are deployed to monitor jaywalkers, who endanger their lives by wrong conduct.

The Dubai Police command and control centre received more than 3,385 emergency calls and recorded 110 traffic accidents from Wednesday 12pm till Thursday 10am due to rainy weather conditions, according to a staff reporter.

Colonel Turki bin Fares, Director of Command & Control Centre at Dubai Police, urged motorists to keep a safe distance between cars and adjust their speed to the weather conditions. They are also advised to allow extra time for their journey and check their planned route. It’s also highly advisable to slow down as rain makes roads slippery.

He said that accidents happen during bad weather conditions that cause low visibility tend to be more severe. “People should follow safety instructions and regulation to avoid any accidents,” Bin Fares added.

It’s worth noting that Dubai Police have stepped up the level of readiness to deal with any incidents in the mountainous areas and places of running flood and neighbouring areas. The force has also stepped up the level of readiness in the desert areas, which have been recently popular among members of the public due to change in temperatures. The Dubai Police have increased the number of patrols in mountainous areas to be always ready to deal with emergencies 24 hours a day.

Residents are advised to stay away from places of water pools and valleys when the weather is unstable. Motorists are also urged not to use their vehicles across desert areas, especially after the rains, because of the great danger to their lives.

In a separate development, the Abu Dhabi City Municipality has emphasised the necessity for members of the society to take care of their vehicles and not to leave them neglected in the streets and covered with dust, distorting the overall appearance of the city, according to a staff reporter.

The municipality said it launched an initiative to extend the period of conciliation on seized vehicles from 7 days previously to 30 days from the date of vehicle impoundment, noting that conciliation within the legal grace period entitles the conciliator to pay half the incurred fine estimated at Dhs1,500 instead of Dhs3,000.

Calling on the owners of trailers to license their trailers from the competent authorities and get number plates for these trailers with clear numbers, the municipality explained that it is keen on regularly and systematically organising campaigns to raise awareness of this phenomenon.

The procedures for dealing with this phenomenon include detection of abandoned vehicles, attaching a 3-day notice of removal stickers and in case the vehicle is not cleaned or removed, a fine will be issued and the vehicle will be taken to the vehicle impound yard, the municipality said.

An SMS is sent to the vehicle owner as soon as impoundment of the vehicle is completed. The SMS shows the time of impounding the vehicle and the area in which the vehicle will be seized, the municipality added.