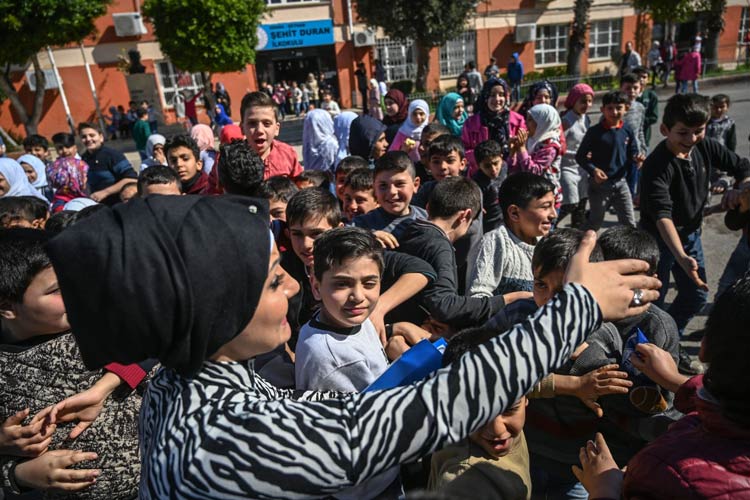 ADANA (Turkey): Like many students of her age, 16-year-old refugee Fatmeh dreams of becoming a doctor. And a modest monthly sum of less than 10 euros could make all the difference.

"I missed the first term of school to help my dad look after my three little brothers and prepare the pastries," she told AFP between classes at public school in Adana.

The money — 35-50 Turkish lira for boys, and 40-60 lira for girls (5-9 euros) — is part of the Conditional Cash Transfer for Education programme, funded by international sources like the European Union and managed by the UN children's fund Unicef, the Red Cross and the Turkish authorities.

The amount is similar to that given to Turkish families by the social services so as to avoid complaints that Syrian refugees get preferential treatment, says Mathias Eick, a spokesman for the EU's humanitarian operations. "We've assigned 86 million euros to the programme to date," he told AFP.

At Fatmeh's school in Adana, teachers listed absent students and contacted their parents to persuade them to let their children return, with the programme as an incentive.

"The teachers in school were able to persuade my father by explaining how the aid could help," she said. "It wasn't hard because he always pushed me to go to school, but it was me who helped out in the house."

Twelve-year-old Moussab, also from Aleppo, found himself back at school three weeks ago after missing the first term.

"We needed the money so I skipped school to work in a tailor's workshop. I earned 500 lira a month," he said.

Reem Zeidane, one of the school's administrators, said last month they managed to bring back 45 of the 150 children who were absent from classes.

"This payment makes a big difference for the families, especially those who have four or five children," Zeidane said.

Turkish authorities and Unicef have also set up a "non-formal" education programme, including Turkish courses, for refugee children and adolescents who have not attended school for at least three years.

As part of this programme, 13-year-old Ali takes Turkish lessons every morning in a youth centre in Adana. In the afternoon, he works in a car workshop for a monthly salary of 400 lira.

Ali's father, Hamza, is unemployed after two accidents at work, and his mother is ill. With four sisters, three of them in school, he is the main breadwinner.

"If one day our situation improves, I'll quit work and sign up for school," he said.