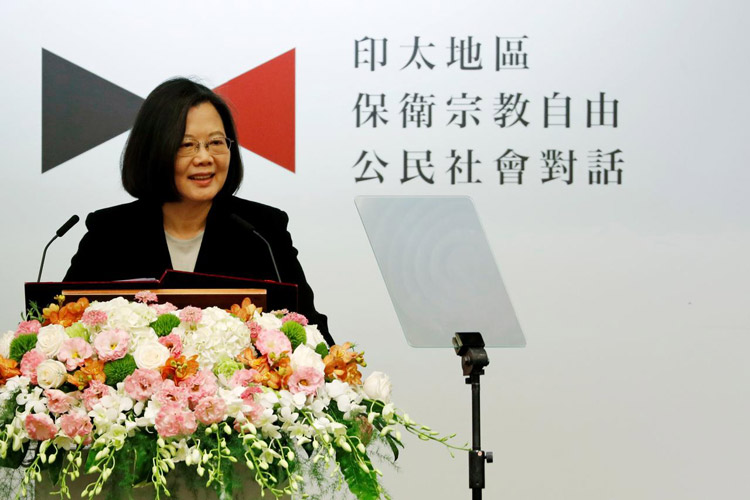 TAIPEI: Taiwan President Tsai Ing-wen will visit Hawaii next week on a tour of diplomatic allies in the Pacific, official media said on Thursday, a move likely to anger China, which claims the self-ruled island as its own amid tension across the strait.

China regards Taiwan as its sacred territory and regularly calls it the most sensitive and important issue in ties with the United States, complaining to Washington about transit stops by Taiwan presidents.

Tsai will transit Hawaii next Wednesday on her way home from an eight-day visit to three diplomatic allies, the official Central News Agency said.

Taiwan, which China deems ineligible for state-to-state relations, has formal ties with 17 countries, almost all small nations in Central America and the Pacific.

The island battles to keep its allies from switching their allegiance to China, which last year persuaded Burkina Faso, the Dominican Republic and El Salvador to forge relations with Beijing.