Indian builds own plane, flies to Europe with his family during pandemic - GulfToday

Indian builds own plane, flies to Europe with his family during pandemic 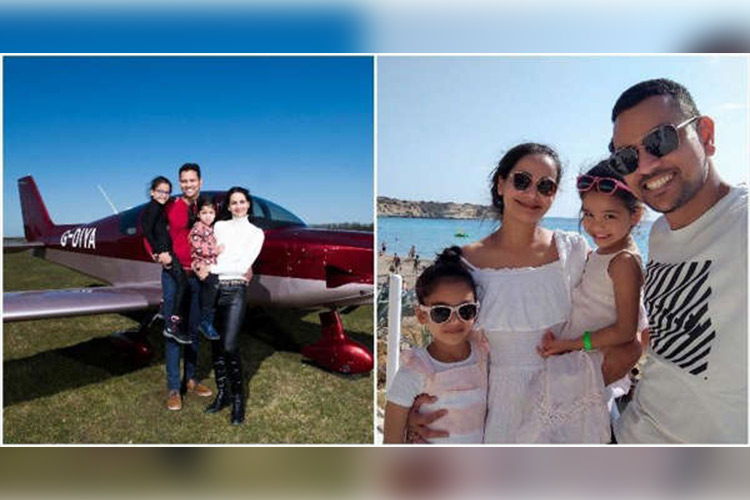 A combo image shows Ashok Aliseril Thamarakshan with his four-seater plane and family.

A UK-based Indian, Ashok Aliseril Thamarakshan, has used his lockdown period during the pandemic literally to dream about flying with his family.

He used his professional talent to give wings to his dreams by designing a four-seater plane and has so far visited Germany, Austria and the Czech Republic with his family on it.

It took almost one and a half years for Thamarakshan to build the four-seater aircraft and it cost him around Rs1.8 crore.

Ashok Aliseril Thamarakshan has named the four-seater Sling TSI after his daughter Diya.

Thamarakshan, who is a son of former Kerala MLA AV Thamarakshan, has moved to the UK in 2006  for higher studies.

He is a trained and licensed pilot and currently works for Ford Motor Company.

According to a local media report, Thamarakshan used to rent a two-seater aircraft for trips since 2018 but after the birth of his two daughters he needed a four-seater jet which was very rare and old.

This made him visit a Johannesburg-based factory of Sling Aircraft company from where he ordered his kit to build his own plane.