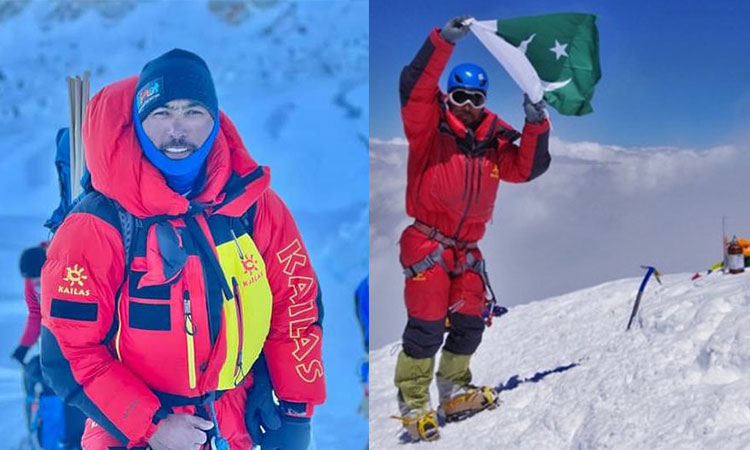 Sirbaz Khan poses for a photo (L) and raises the Pakistani flag on top of the Kanchenjunga Mountain in Nepal on Saturday. Twitter photos

Mountaineer Sirbaz Khan became the first Pakistani to summit 10 of the world's 14 highest peaks — each at a height of more than 8,000 metres — after he scaled the 8,586-metre-high Kanchenjunga Mountain in Nepal, according to the Alpine Club of Pakistan.

According to the Alpine Club of Pakistan, Sirbaz was part of a team led by Nepalese mountaineer Mingma Gyalje Sherpa (Mingma G) of Imagine Nepal.

According to the secretary of the Alpine Club, Karar Haidar, the mountaineer climbed the world's third-highest peak at 7am on Saturday, with Sirbaz raising Pakistan's flag upon completing his ascent.

"Sirbaz stood atop the world’s third highest peak at 7:00 am on Saturday with other members of a team led by Mingma Gyalje Sherpa (Mingma G) of Imagine Nepal,” Karar Haidri said in a statement.

In his recent communication from Kanchenjunga earlier on Saturday, he thanked the nation for supporting him and requested them to pray for his safe return. 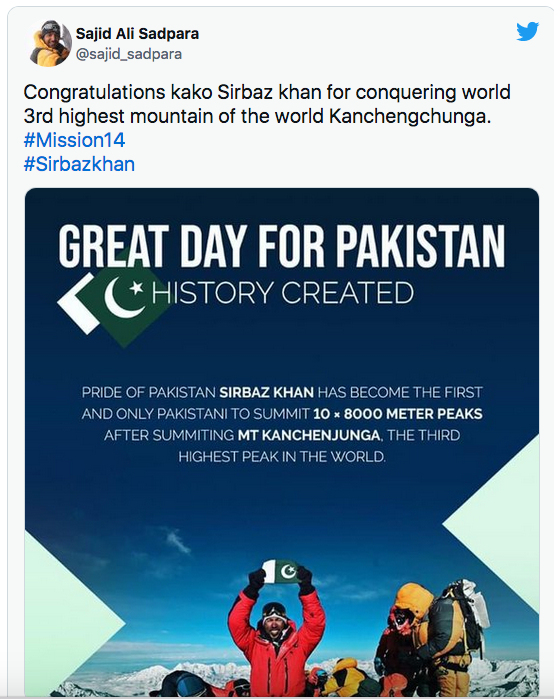 Meanwhile, Saad Munawar, the organiser of the expedition, called it a moment of pride for the country.

"But our journey is far from over yet. In fact, we have only just started. We will keep working to develop and promote the sport of mountaineering in Pakistan and in the years to come, we'll have Pakistani mountaineers summiting peaks all across the globe," Munawar vowed. 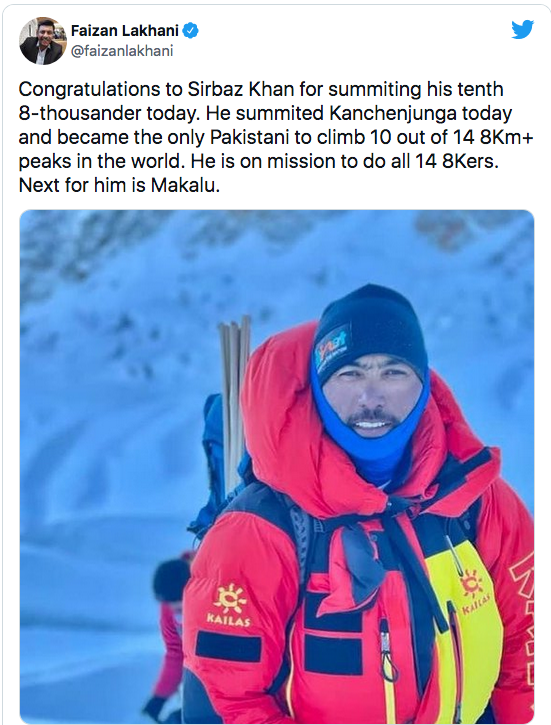 Among 8000ers, Kanchenjunga, which forms part of the Himalayas range, is said to be the most difficult mountain to climb to the top from the final camp and takes the longest time as well due it its steep gorges and bitterly cold climate.

Sirbaz, 32, hails from the Aliabad area of Hunza in Gilgit-Baltistan and began his climbing career in 2016.

In 2019, he became the first Pakistani to summit Mount Lhotse, the world’s fourth-highest mountain at 8,516m in Nepal, without the use of supplementary oxygen. 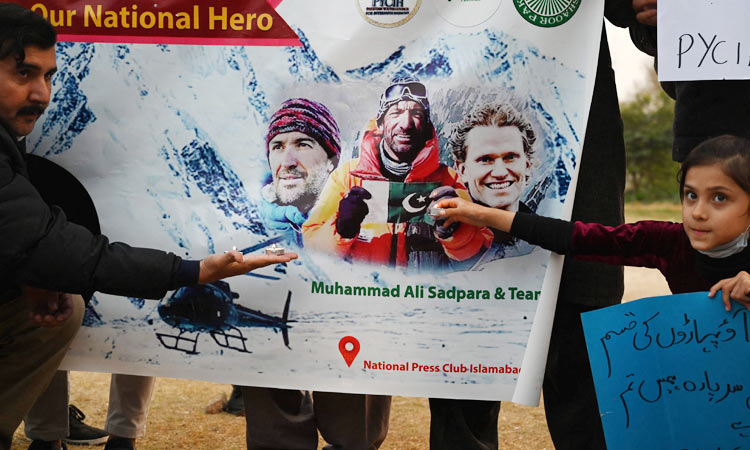