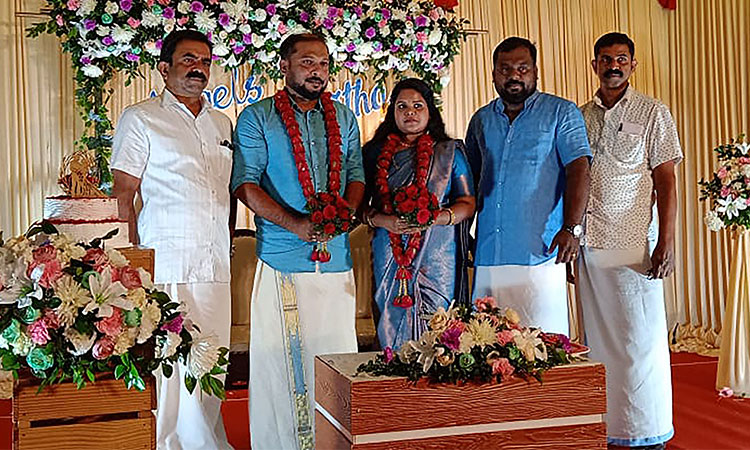 Marx, Lenin and Ho Chi Minh gathered in southern India on the weekend to watch their friend Engels tie the knot. But there wasn't a German, Russian or Vietnamese in sight as members of the local Communist Party in the state of Kerala attended the wedding at a boutique tourist destination.


The hammer and sickle remain in vogue across Kerala, where the Communist Party has governed for much of the last six decades, with revolutionary names like Stalin and Trotsky popular.

Engels and Lenin are brothers, while Marx and Ho Chi Minh are the sons of a local party activist, according to the newspaper Mathrubhumi.

All four men are active members of the Communist Party, the report said, but Marx flew back from Dubai to attend the wedding in Athirappilly.

India leaned more towards the Soviet Union during the Cold War, and Russian monikers including even Pravda — the name of the USSR's state newspaper — are not unheard of, particularly in the south.

Tamil Nadu's current chief minister is M.K. Stalin, named by his father in honour of the Soviet dictator just days before he died in Russia.

A wedding in that state in June saw Socialism married off in front of brothers Communism, Leninism and Marxism.

His bride was P. Mamata Banerjee, named by her grandfather for a firebrand left-wing politician in West Bengal, who ironically ended decades of communist rule in the state back in 2011.