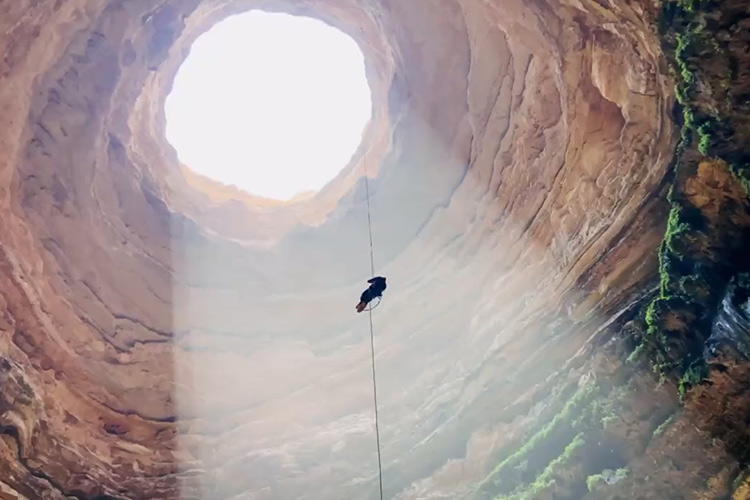 An adventurer is lowered into the ‘Barhout Well’ in Yemen.

For the first time ever, an Omani exploration team ventured into entering the bottom of the “Barhout Well,” also know as the  “Well of Hell.”

So many stories and legends were said about the Barhout Well in the Mahra desert, East of Yemen, before this team ventured into entering it. People believe that the well is inhabited by jinn, as the depth of the giant pit ranges 100-250 metres, and its diameter is about 30 meters.

.The exploration Omani team, which was accompanied by a number of people from Mahra area and the Director of Geological Survey and Mineral Resources Authority, succeeded to reach the bottom of the well, which is called "Khusfit Fugit". 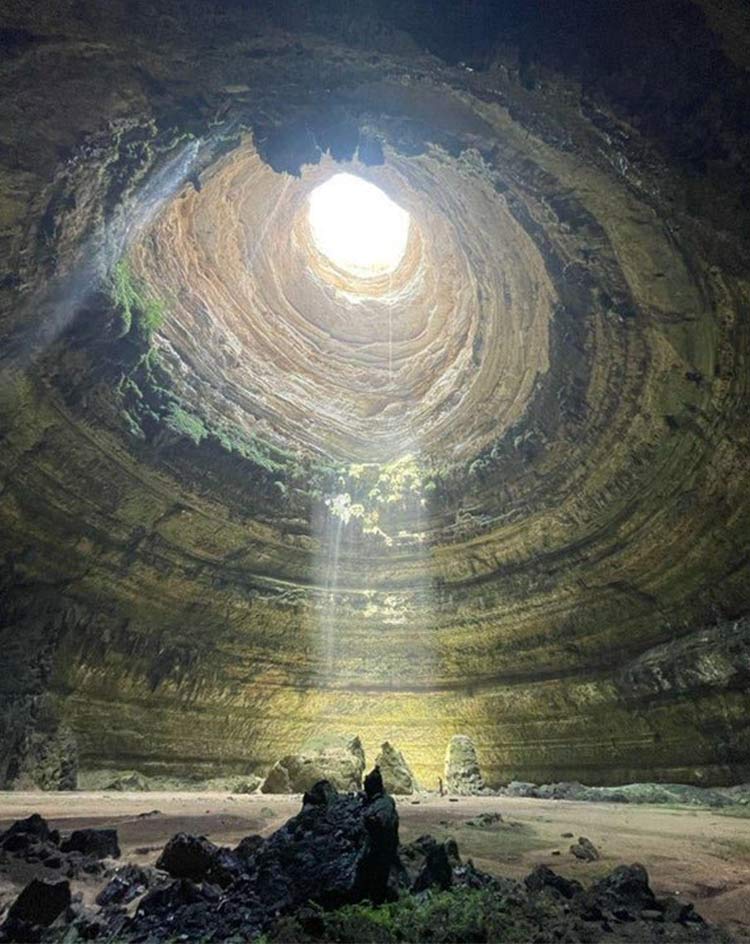 A photo taken from the bottom the well.

They used ropes that were fixed at the edge of the well that is surrounded by many small cavities and sharp rocky ridges. At a depth of 65 meters from the surface, the water falls from the sides of the hole to form beautiful waterfalls.

These waterfalls vary in the abundance and continuity of flowing. The eastern waterfall is the most active, while the water flow is interrupted from the south. Creatures including snakes, frogs and beetles are found living in the well, the team said.

The team took samples of stones and materials, as well as algae plants from the bottom of the well to be examined, while the exploratory research operations will continue in coordination with the Geological Survey and Mineral Resources Authority. 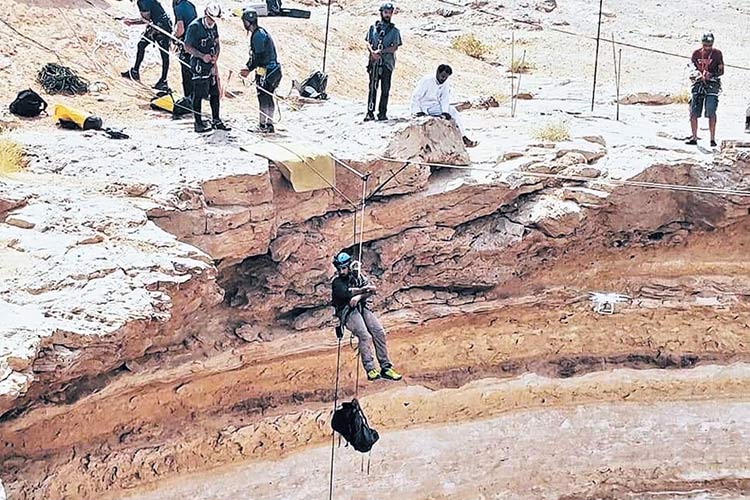 A team member prepares to go into the well.

The results will be published after completing the research and documentation with the concerned authorities.

Until recently, no one dared to descend the well, due to the lack of oxygen and the lack of ventilation. Nothing can be seen, but the reflection of the shadows of some birds, and hearing their sounds.

And because of the mystery surrounding the deep well, the majority of the inhabitants are afraid to approach it. Some Yemenis have passed on the folklore of the legendary well over the past centuries. 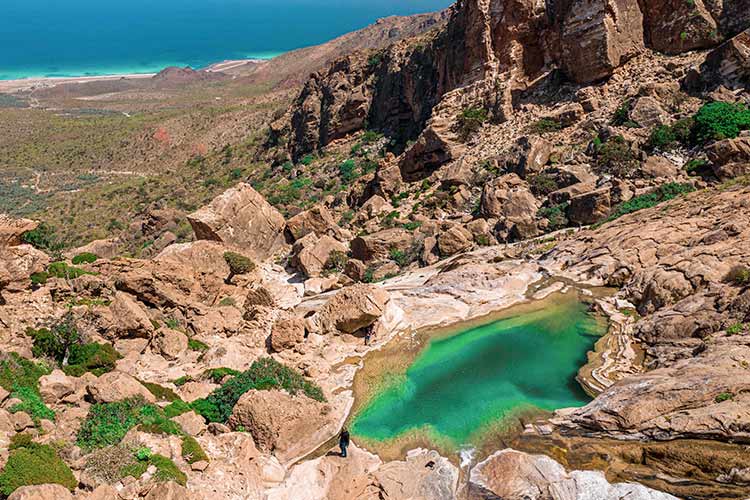 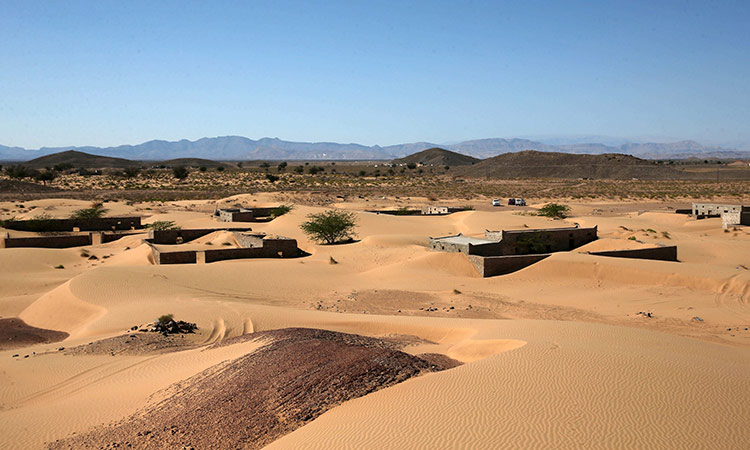