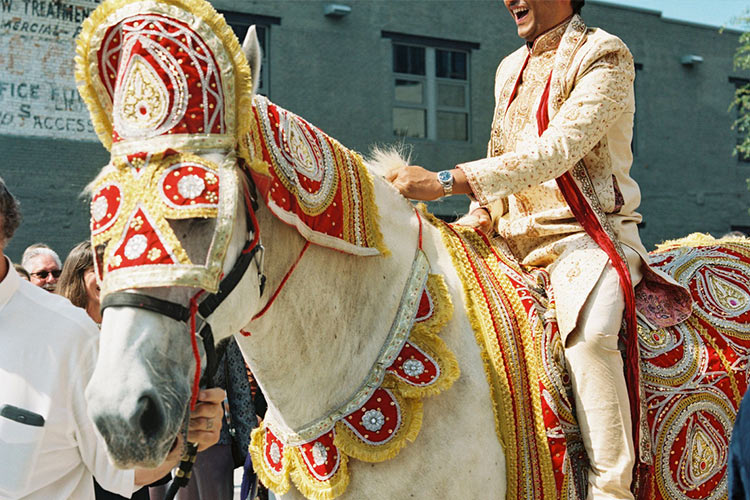 Almost a month ahead of the wedding season, the People for the Ethical Treatment of Animals (PETA) India has started alerting the public to the cruel practice of using painful spiked bits to control horses at weddings and urging couples to forgo making the animals suffer during their special day.

The Lucknow billboard is located at Hazratganj Main Crossing.

Recently, actor and comedian Raju Srivastava had starred in a video, highlighting the suffering of horses used for weddings and other ceremonies.

Earlier, PETA India slammed Priyanka, Nick for using animals at weddings. They called out the couple for using elephants and horses at their weddings procession

PETA India Senior Campaign Coordinator, Radhika Suryavanshi, said, "Spiked bits are torture devices that can injure and traumatise horses for life. PETA India is asking couples to have a heart for horses and leave them out of their wedding day plans." 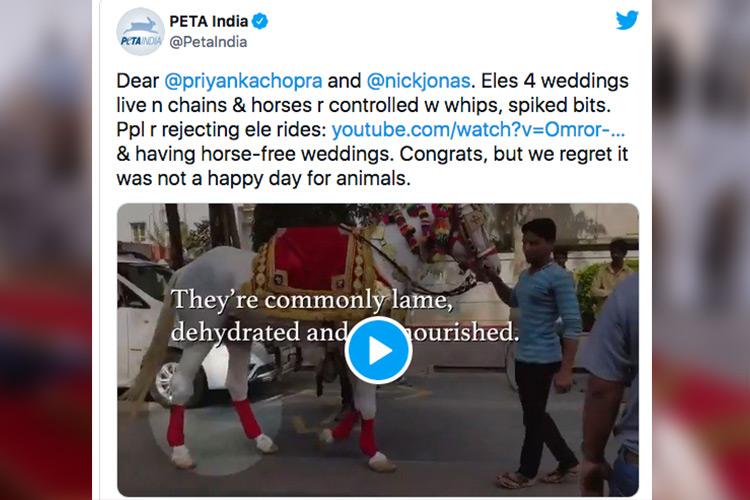 Rule 8 of The Prevention of Cruelty to Draught and Pack Animals Rules, 1965, prohibits the use of spiked bits -- yet PETA India inspections have found these torture devices embedded deep in animals' mouths, ripping their lips and tongues and causing extreme pain, bloody wounds, immense psychological trauma, and lifelong damage.

As public awareness towards the cruelty of spiked bits grows, numerous wedding parties are now opting for horse-free baraat options, from simply walking to arriving in fancy cars and even dropping in by helicopter.