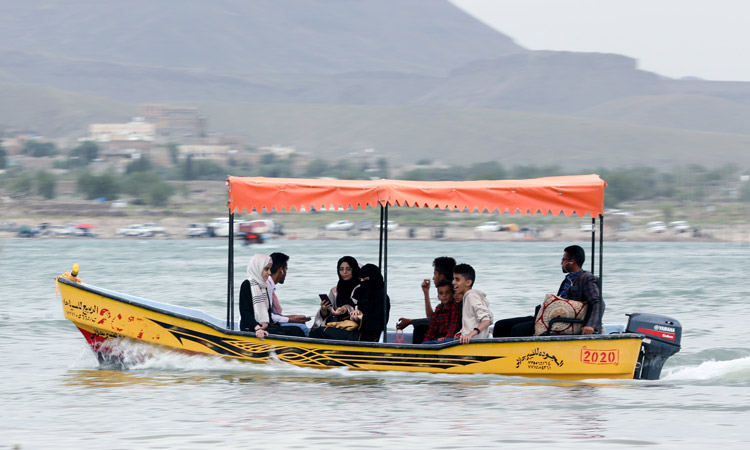 People ride a boat during an excursion at a dam in Sayyan near Sanaa, Yemen, on Friday. Reuters

War-weary Yemenis are thronging a countryside dam outside Sanaa for a rare leisure time in a country ravaged by six years of  civil war.

Jet skis and small boats ply the water. Children scream and shout with joy as they jump in and out of the lake, a one-hour car journey from Sanaa. 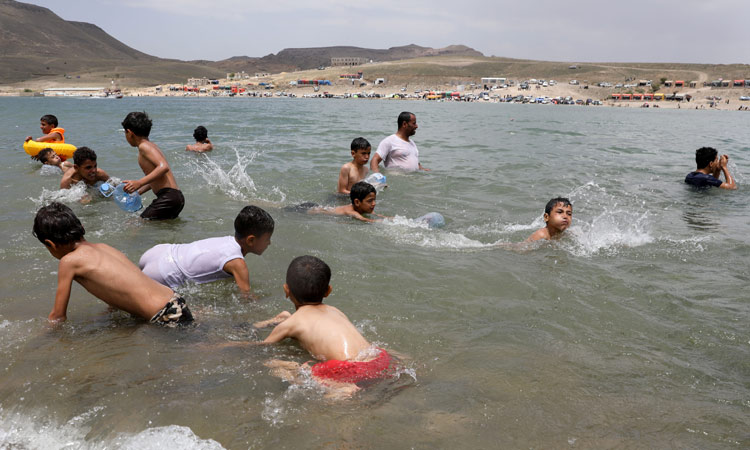 People swim during an excursion at a dam in Sayyan near Sanaa. Reuters

"Families and children find relief in this place and take some respite from city congestion," said Muhammad Ismail Zabibah.

Zabibah said Sanaa, known for its Unesco-listed Old City with distinctive brown and white mud brick houses that date from before the 11th century, needs more leisure opportunities like this. 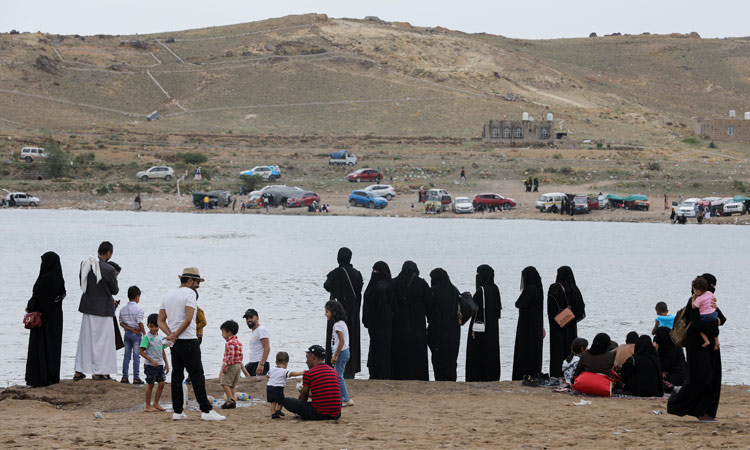 People gather during an excursion at a dam in Sayyan near Sanaa. Reuters

The lake, strewn in places with rubbish, just needs some attention to become a great tourist spot, said Ahmed Abdul-Malik Al Matari, tipping his toddler into the lake.

Local leader Ali Hassan Al Siyani hopes that with some investment they will one day be able to provide shades, lights and food outlets.

Sanaa and most of northern Yemen is currently held by the Houthis.

There are limited tourism options. 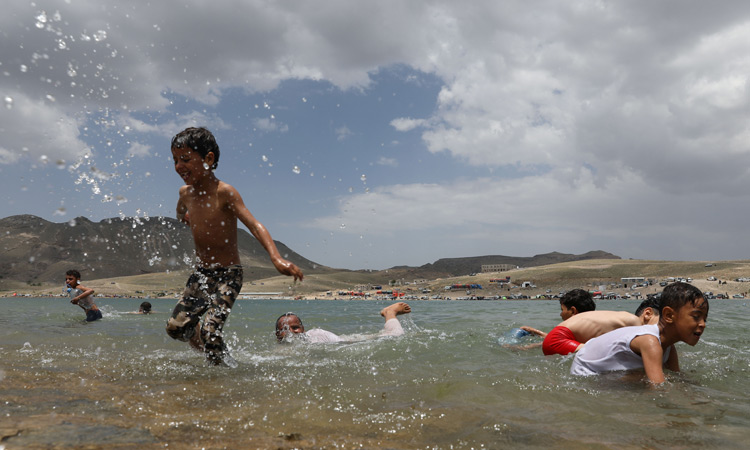 Children enjoy their time at the dam in Sayyan. Reuters

Sanaa airport is closed to non-United Nations flights and internal travel is severely constrained by fighting.

Yemen, with a semi-arid climate and seasonal rains, was already a severely water-stressed country even before war displaced millions and fuel shortages reduced underground water pumping.

It relies on dams, some from ancient time, to store rain for later use. Some of those dams have become popular meeting places where families can relax.