Training opens 'a window of hope' for Albanian carpets - GulfToday

Training opens 'a window of hope' for Albanian carpets 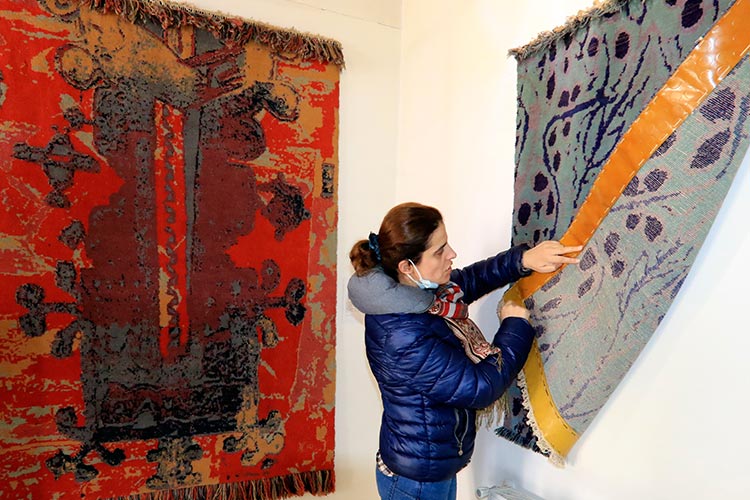 Hate Ora has been weaving Carpets and rugs for more than half a century, since learning the craft as a child by sneaking into her aunt's workshop.

Ora, 64, is now teaching the methods she picked up and perfected to her daughter, nieces and other younger women to ensure there is another generation of artisans to continue the tradition.

Albania once had 13 former state-run factories that produced Carpets, rugs, fez hats, folk costumes and other handicrafts. Kukes, a town northeast of the capital, Tirana, alone employed more than 1,200 women as weavers. When the country's communist era ended in 1990, the local factory closed. 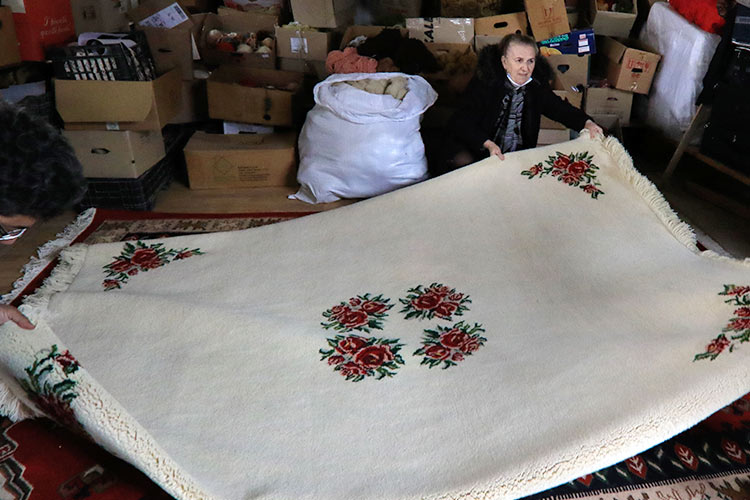 Hate Ora or 'Aunt Hate', 64, as everyone knows her, holds a carpet.

Ora built herself three looms and bought a big supply of wool fibers and other needed tools in the chaotic aftermath. Today, she is one of only a few Albanians still doing weaving work, which doesn’t bring in much money. Kukes, a town of about 60,000 residents, is one of the poorest in Albania, which itself is one of the poorest countries in Europe.

"Resuming this tradition would be an added value, increasing employment and having a direct social and economic impact on the people’s lives” along with preserving a piece of Albanian culture, Deputy Mayor Majlinda Onuzi said. 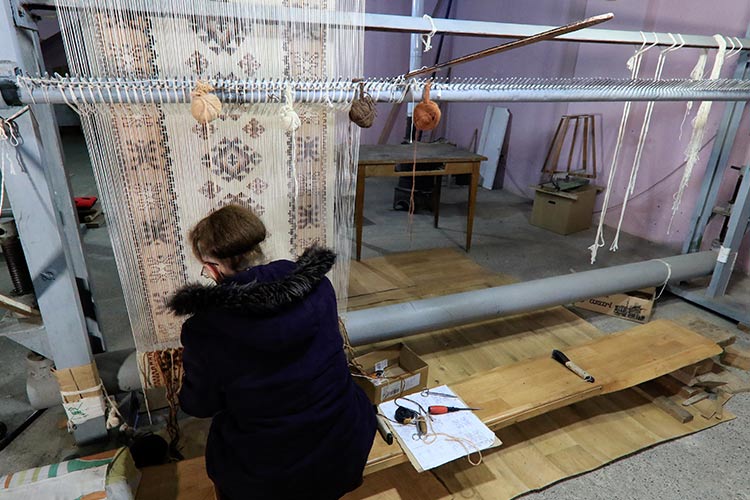 As part of the program, Ora is both teaching young people how to weave wool from the area's Ruda sheep into Carpets and other items using Persian knots, the local method preferred over Turkish-style knots. She herself is learning how to clean, wash, comb and color the wool with vegetable and other natural dyes.

Ora said other efforts to revive the Carpet industry have failed in Kukes "because to be successful they have to employ all the qualified women and find the market for our products.”

Mazloum said the new program trains participants to produce product for which there already is a buyer. At least half of the women in the program have started wool-working at home, he said. 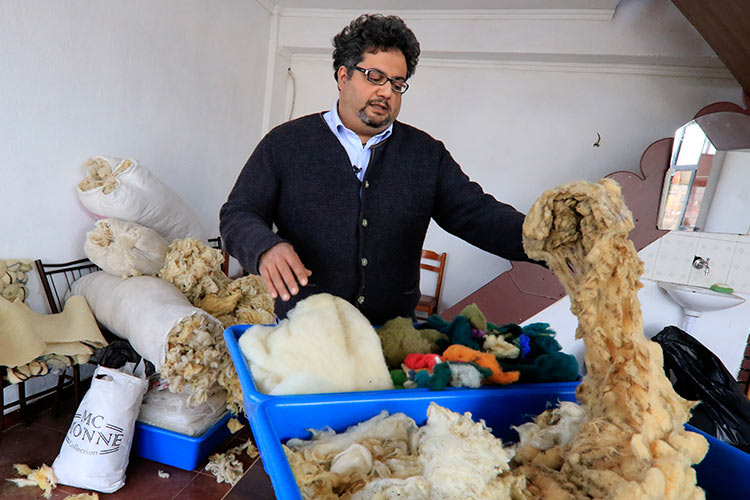 "It’s a very difficult job, but it is not priced with the real value. It’s underpriced, if you take into consideration the time and how difficult this job is,” Mazloum said.

Ora excitedly described how she learned to weave by "stealing” her aunt's methods and how she helped support her parents during the communist era by making Carpets and then her own family of five during the still-difficult post-communist years.

Even before the training program started, she taught her daughter to make Carpets, too. 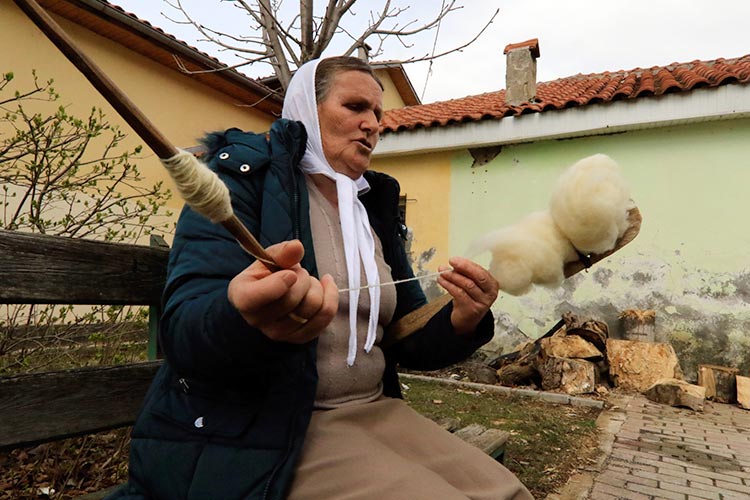 It takes the experienced weaver three months to complete a rug with an image of Mother Teresa or an elaborate arrangement of Albanian symbols.

"Why doesn’t a businessman or the government turns the eyes on us,” she pleads. ”We do artwork, don’t we?” 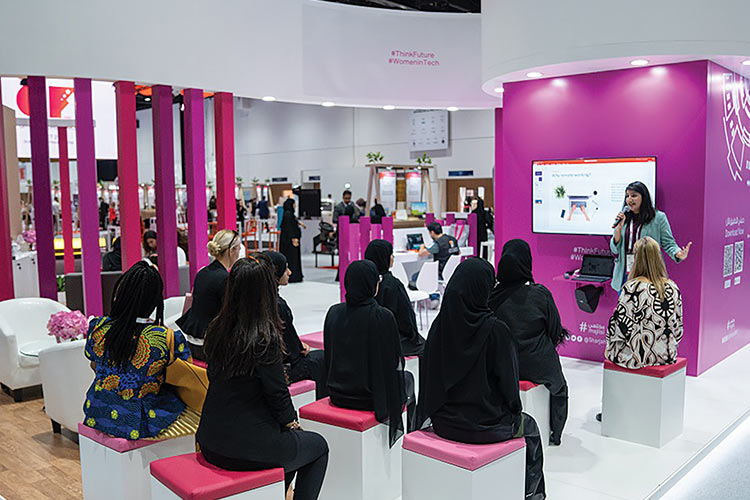 Doubling its member base to 2,246 in just a span of five years SBWC has charted an impressive story of development and growth, achieving major milestones in recent years.

Angulo helped the star track down her bags, which she found were somewhere in Frankfurt. The actor told the staffer that she had no makeup to put on her face for the film shoot. When Angulo heard this, she said she was a makeup artist and would be happy to do her makeup – without charge.