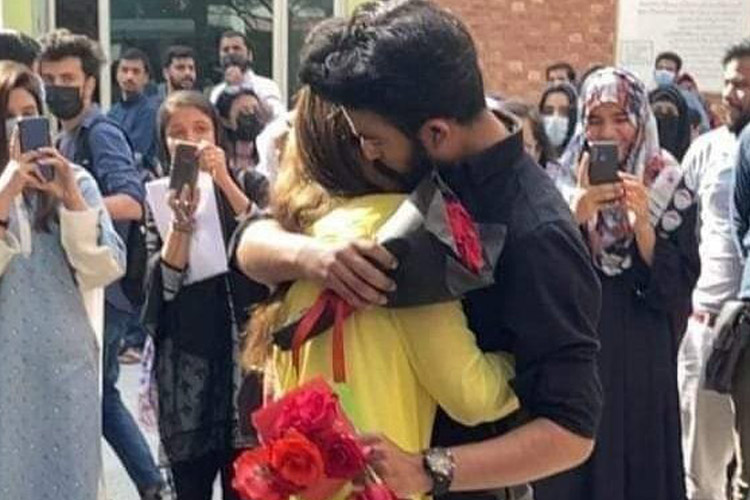 Girl and boy hug each other after the proposal. Courtsey: Twitter

It is very natural for a young girl and boy to fall in love. Few perhaps would object to that. It happens everywhere. Cupid can also strike at the corridors of academe. But in campus romance, sometimes there can be a price to pay, particularly if the behaviour of the lovebirds borders on what the educational institution's authorities think is improper or indecent.

Two university students have been expelled after the girl "proposed" to the boy, knee bent, in the University of Lahore, Pakistan. A crowd of students surrounds the couple and cheers them on.

The video of the proposal, which has gone viral on social media, has caused an uproar in the country. 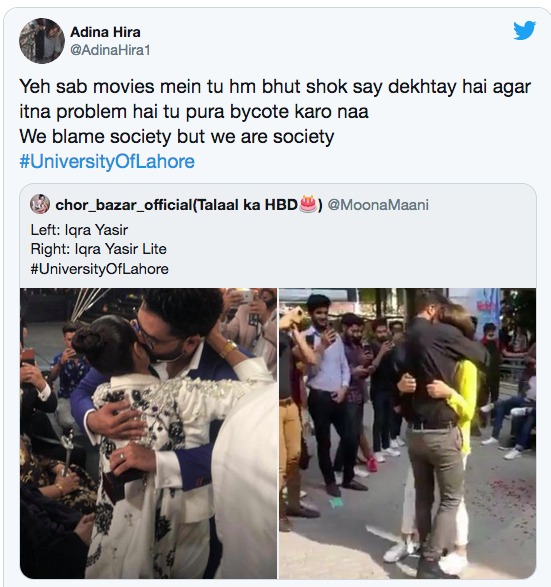 It was a scene that appeared to be lifted straight from a movie: the viral footage shows the girl with her right knee bent, a bouquet of roses in her hand, proposing to an elated boy, who hugs her afterward, according to local media.

The unusual and bold move by the woman to initiate the the proposal drew a large crowd that applauded and cheered the couple on, amid the movie-like scene. 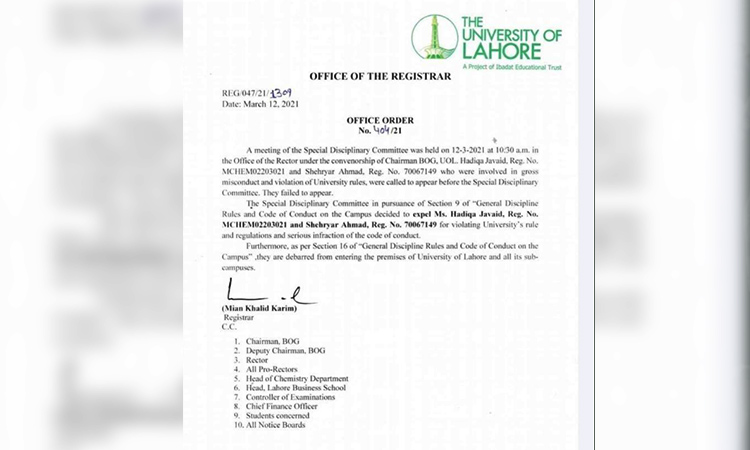 The proposal, however, did not go down well with the University of Lahore, which decided to crack down on them. It issued a letter on Friday in which it said the disciplinary committee has decided to expel the students.

"A meeting of the Special Disciplinary Committee was held in the Office of the Rector," reads the notification. 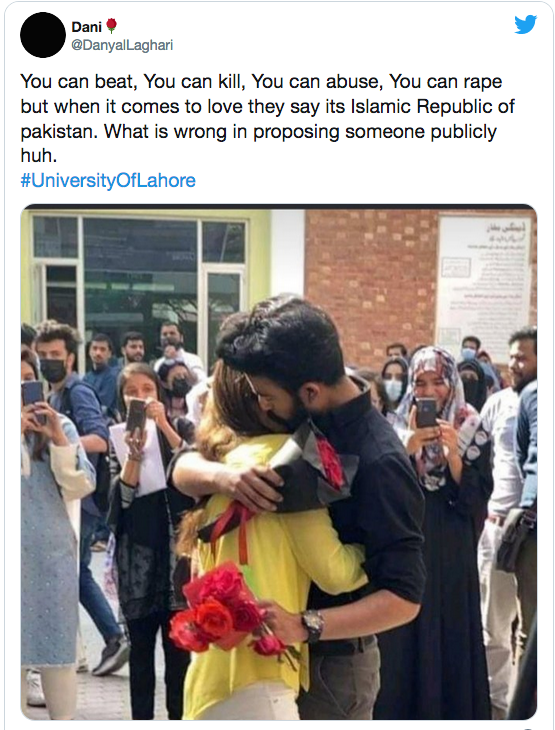 It said that the two students "were involved in gross misconduct and violation of University rules", adding that they were summoned before the committee but "failed to appear".

The order further stated that in pursuance of Section 9 of the General Discipline and Code of Conduct on the Campus, the committee has decided to expel the two students for violating the varsity's rules and regulations and "serious infraction of the code of conduct". 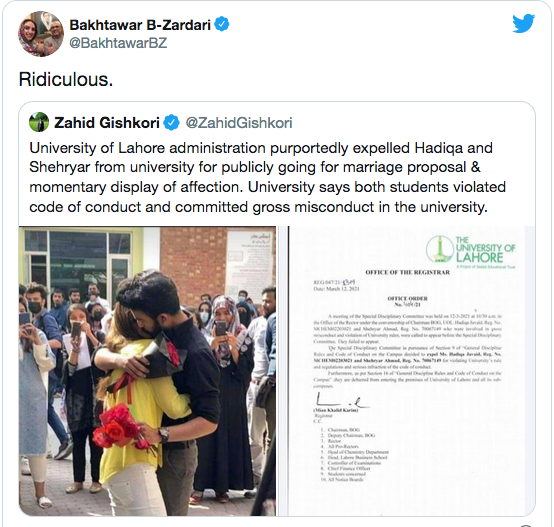 "Furthermore, as per Section 16 [...] they are debarred from entering the premises of the University of Lahore and all its sub-campuses."

After the university expelled the couple people took to Twitter to discuss the incident.

Some thought expelling them was the right thing to do because their behaviour was inappropriate. One Twitter user suggested that the only reason they were expelled was because the proposal went viral online. Others thought there are a lot of other issues for the university to be concerned with, such as harassment. 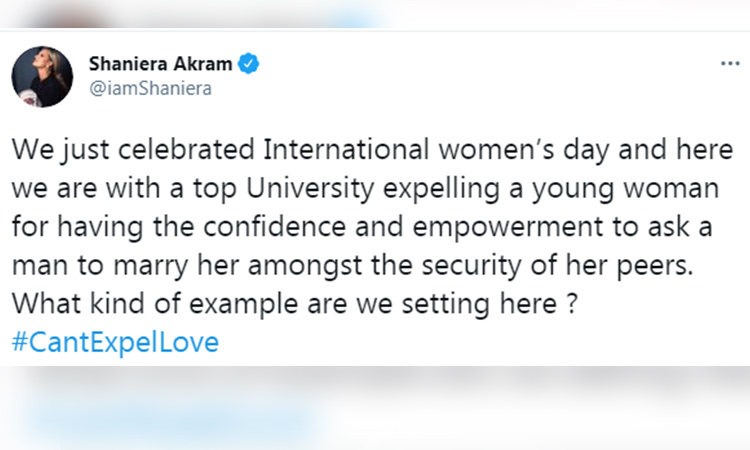 Another user said the university hadn't taken action against teachers accused of harassment but acted against these students.

Shaniera Akram said “we just celebrated International women’s day and here we are with a top University expelling a young woman for having the confidence and empowerment to ask a man to marry her amongst the security of her peers. What kind of example are we setting here?