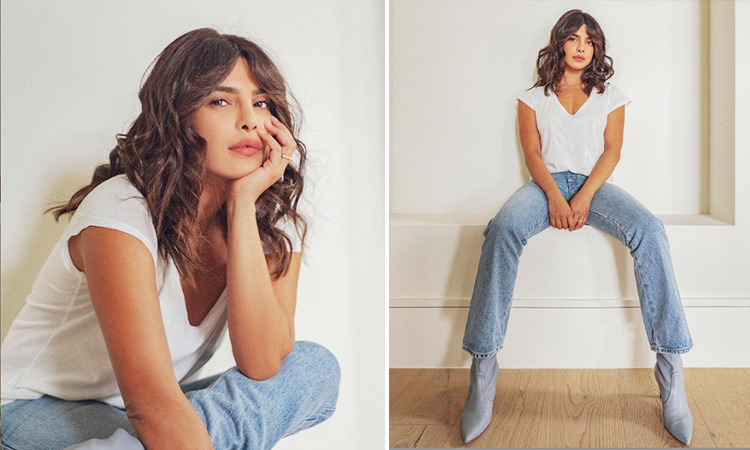 The Bollywood actress and the Quantico star Priyanka Chopra took to her social media account to share her latest look.

The actress is seen donning a casual look with white blouse and blue jeans.

Chopra known for her global image and impeccable performances set the social media on fire with her latest look.

Alongside the image, she wrote: "Blue jean baby." 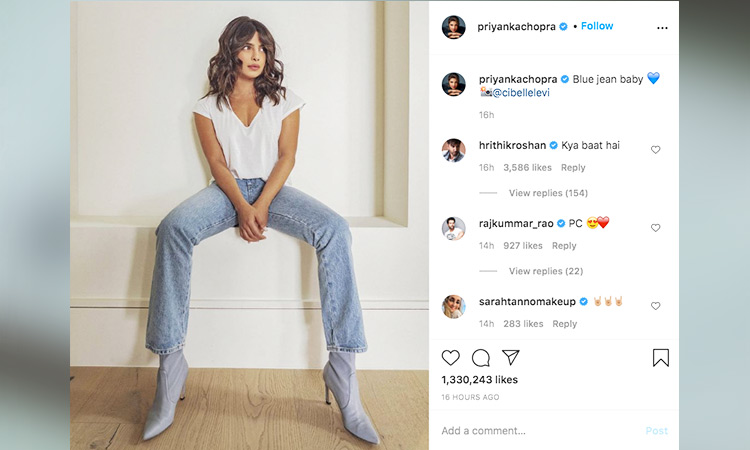 Priyanka who is married to singer Nick Jonas has been active on social media and the duo are often displaying some cute PDA posts for fans and followers.

On the work front, Priyanka has started shooting for the upcoming Hollywood romantic drama, tentatively titled 'Text For You'.

Written and directed by Jim Strouse, the film is an English remake of the German-language film "SMS Fur Dich", based on Sofie Cramer's novel.

Nick Jonas celebrates first Holi with his wife in India

According to the storyline, Priyanka's character is a heartbroken woman who has just lost her fiance. In her attempt to send constant messages to her fiance's old number, she connects with a man across the town who is suffering from a similar heartbreak.

Priyanka's co-star in the film is Sam Heughan, who is best known for his role as an actor and producer in the hit series "Outlander". 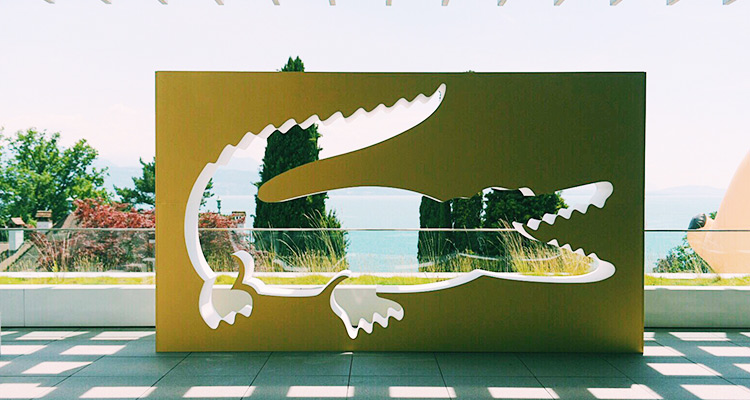