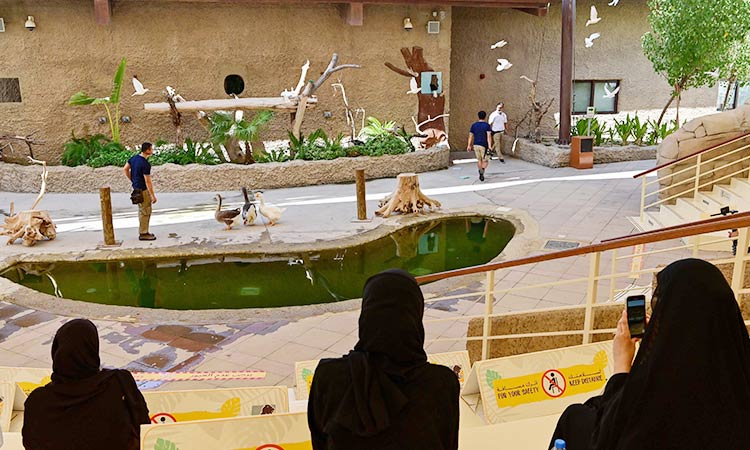 People attend a show on birds at the Dubai Safari Park. AFP

Dubai's Safari Park reopened its doors Monday after a two-year expansion, as the emirate seeks to boost its hard-hit tourism sector amid the coronavirus pandemic.

The 119-hectare (294-acre) attraction, first opened its gates to the public in December 2017, but abruptly closed five months later for "park improvements."

After the addition of a variety of animals and plants and a shift in management, the park is open for business again.

Operations director Muna Alhajeri said the site — located in the eastern desert region of Dubai, one of the seven emirates that make up the UAE — is home to nearly 3,000 animals. 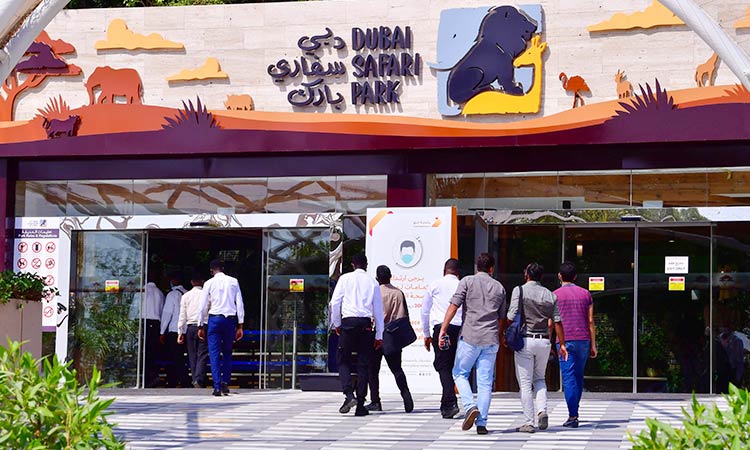 "This includes rare animals that are present for the first time in the United Arab Emirates," she said, with species including the African Elephant, the Asian black bear — or "moon bear" — and the African bongo antelope.

"The site was converted from a solid waste dump to a tourist, entertainment and cultural destination," Alhajeri said.

From the late 1970s until the early 1990s, the area served as a solid waste facility. Piles of rubbish once rose some 30 metres (100 feet) high, according to official reports. 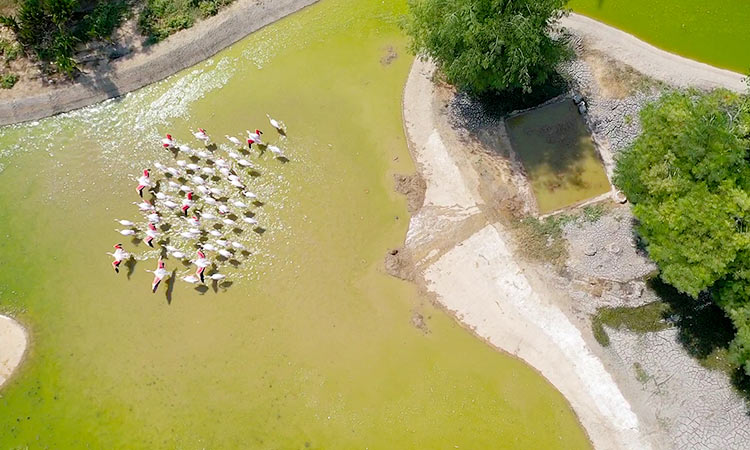 An aerial view shows flamingos running inside their enclosure at the Dubai Safari Park. AFP

Alhajeri said that since the construction of the park with pools of water, wild birds have also been attracted to the site.

"The place was built in a way to properly accomodate such natural wildlife," she said.

Dubai, which has the most diversified economy in oil-rich Gulf region, has been badly hit by the coronavirus slowdown.

Its GDP has contracted 3.5 percent in the first quarter, following two years of modest growth. 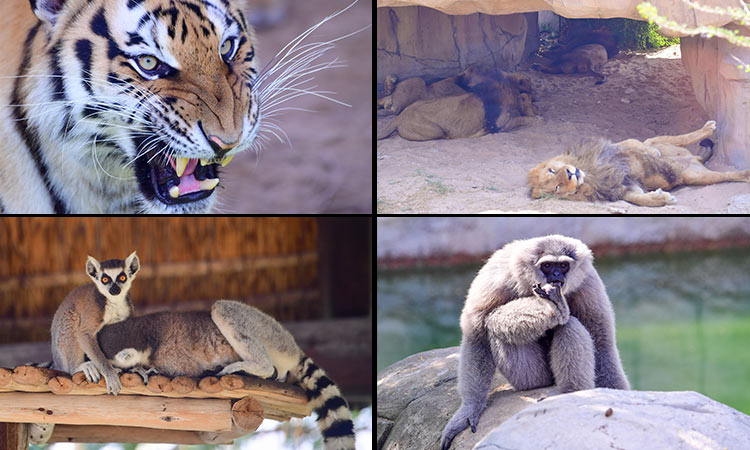 After the addition of a variety of animals and plants the park is open for business again. AFP

Tourism has long been a mainstay of the emirate, which welcomed more than 16 million visitors last year.

Before the pandemic crippled global travel, the aim was to reach 20 million this year.

Dubai is now largely open for business and tourism, but infection rates have been rising in recent weeks.

Alhajeri said that visitors to the park must wear masks, undergo temperature checks and follow socially distancing rules, in line with precautions in place across the UAE. 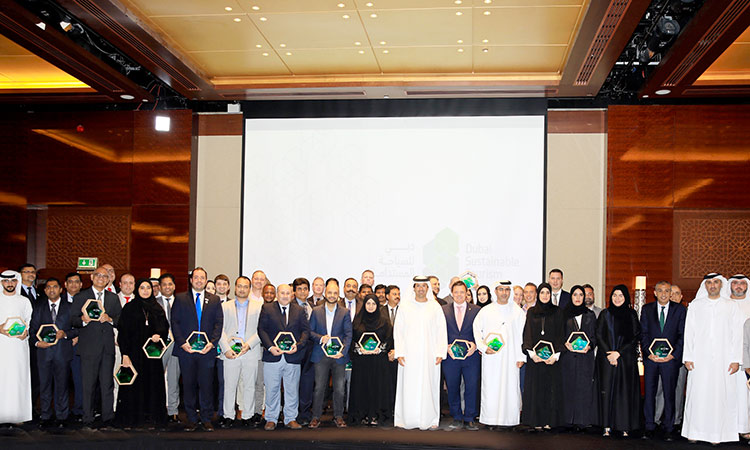 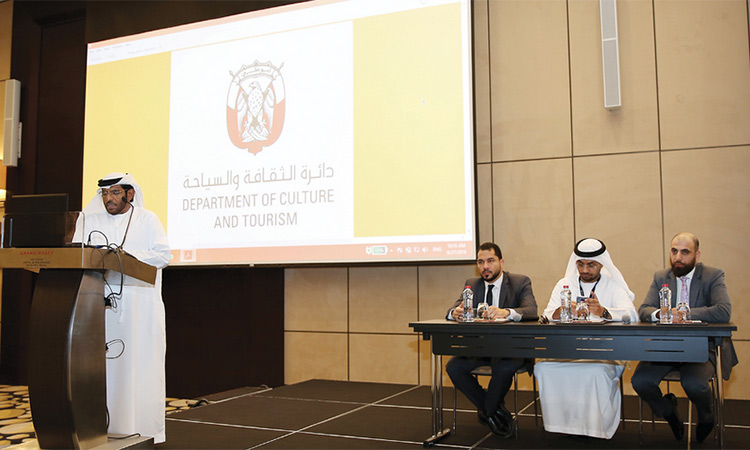 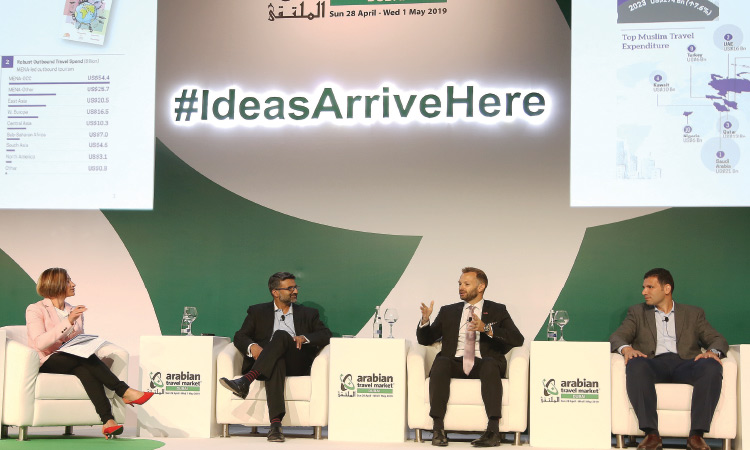