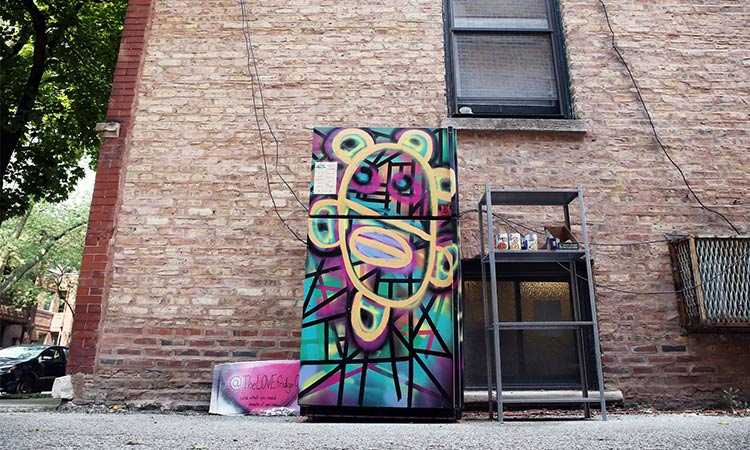 The Love Fridge is a community refrigerator collective working to provide needy people with free foods.

The Love Fridge is a community refrigerator collective working to provide Chicago’s neighbourhoods with free healthy foods through refrigerated items and pantry goods.

The collective, which started about two months ago, has seven refrigerators throughout the city, with an eighth on the way, said Kate Taylor Battle, a core organiser.

“We’ve been really, really, lucky to get so many fridges up in a short amount of time,” said Taylor Battle, who estimates the collective has put out approximately 30,000 pounds of food for people in Chicago’s communities.

All fridges have a “host,” Taylor Battle said, and 57th Street Books hosts the Hyde Park fridge in the alley behind the bookstore. Without the host, the refrigerators don’t get any power, and there’s a chance the city can remove them.

“We try to do that because obviously if you stick a fridge somewhere randomly, we run the risk of the city taking it away,” she said. 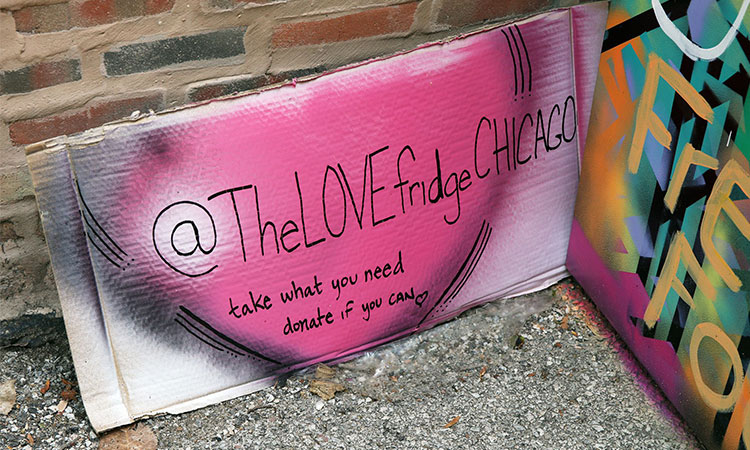 Chicago's artistic community has seven refrigerators throughout the city, with an eighth on the way.

Some refrigerators have limited hours of operation determined by the host, but the Hyde Park fridge is available for 24/7 access to the community.

When a refrigerator is installed, The Love Fridge stocks it with fresh, healthy food that comes from a variety of donors, such as other local food organisations, farmers markets, local urban gardens, and soon, grocery stores. Community members are able to donate food to the refrigerators as well and must adhere to a strict set of guidelines to do so.

The Love Fridge also invites members of the community to take care of the refrigerators and food through a sign-up list for “fridge managers,” Taylor Battle said.

“What they do is check on the fridge once a day for us,” she said. “They fill out a quick survey, take a picture of the fridge, and just keep us aware of how things are looking, whether or not the temperature of the fridge is safe, and just making sure we’re being mindful of safety precautions while we’re trying to do something good.”

Taylor Battle said the refrigerators are not only providing a need, but are also bringing the community together through art.

“It’s nice because it’s doing some good, but it’s also feeding people that might be in need, especially the homeless population that might be afraid to go in somewhere, or don’t want to necessarily go to a shelter for their food. So it takes away this stigma and the lack of dignity someone has when they have to ask for food,” she said. “The other thing, too, is it’s an art piece, and interactive, and getting people to start talking and just thinking about their own personal neighbourhoods and the people they may not be paying attention to every day.”

Smokie Arce, a visual artist who calls Chicago home — she’s originally from Puerto Rico, but lived in the city for 18 years before relocating to Oakland, California, — painted the refrigerator in Hyde Park. She wanted to get involved because she aligns with The Love Fridge’s goal and mission.

“I’m an advocate of health,” she said, “healthy eating, healthy living, healthy life, which equates to a wealthy life. A lot of us don’t have those resources, especially in food desert areas.”

Arce used to live with her sister in a one-bedroom apartment off of Drexel and 55th, she said, not too far from where the Hyde Park refrigerator sits. She said they had to travel far to get affordable, healthy food.

“That was before the Whole Foods, or any of that type of stuff, was even in the area,” Arce said. “So I felt like that was really important to be able to provide something like that.”

Arce hopes The Love Fridge can help people continue to take care of themselves despite all that’s currently going on, she said.

The Love Fridge was conceived by Ramon Etc, a musician from Chicago who splits his time between the city and Brooklyn. He saw community refrigerators in Brooklyn and asked about them, then brought the concept to Chicago.

One of the benefits of the community refrigerators is that people can see the effects of their contributions in a meaningful, realistic and tangible way, Taylor Battle said.

“It’s just kind of that nice reminder that we’re sort of all on this planet together and should be looking out for one another,” she said. 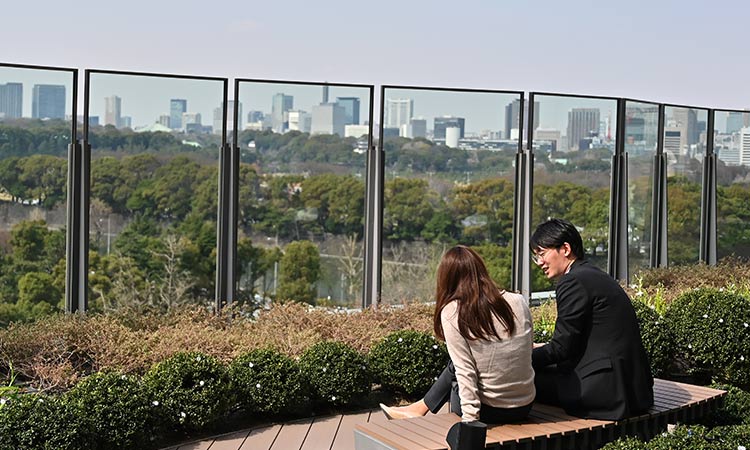 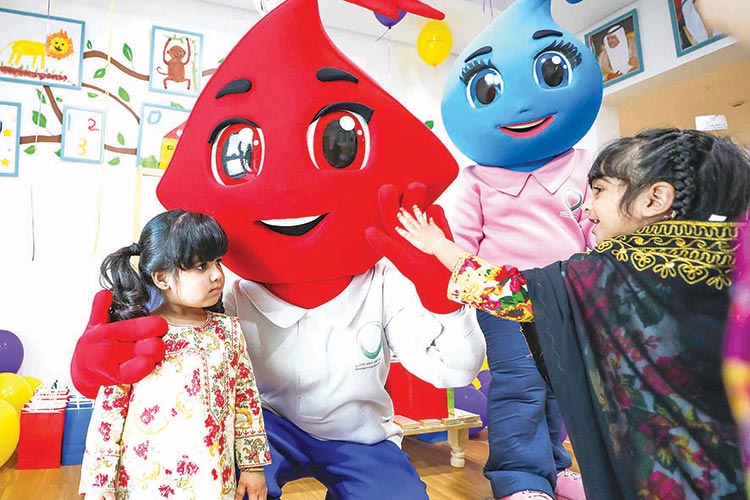 The Ministry of Health and Prevention (MoHAP) has signed a memorandum of understanding with the Make a Wish Foundation to "bring happiness" to children aged 3 - 18 years, who are receiving their treatment at MoHAP's hospitals, by making their wishes come true.