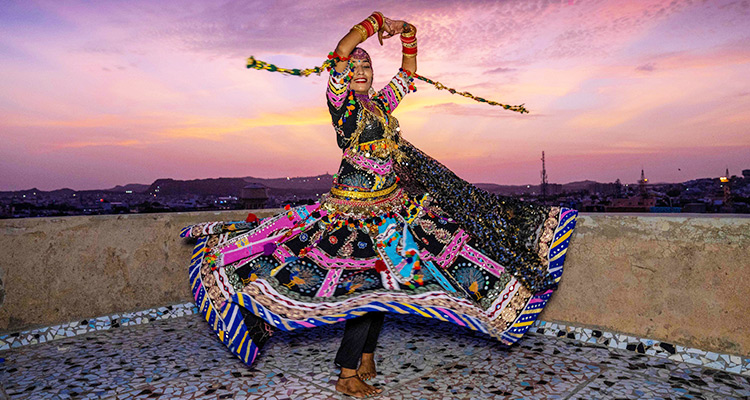 As a blackout plunged her desert dwelling into darkness, Suwa Devi, a dancer belonging to India's Kalbeliya gypsy community, asked her neighbour to turn on his jeep's headlights so she could continue teaching her Zoom class, outside.

The coronavirus pandemic has forced many people to go online, but the largely nomadic, marginalised Kalbeliya face bigger challenges than most, with several living in mud huts or tents with patchy electricity and non-existent wifi.

"In the beginning, I had no idea how to make this work," dancer Aasha Sapera told AFP, describing her early forays into hosting classes on Zoom.

"We had so many internet problems. Lessons would often get cancelled because the connection was terrible," said Sapera, whose students span the globe from Japan to Brazil. 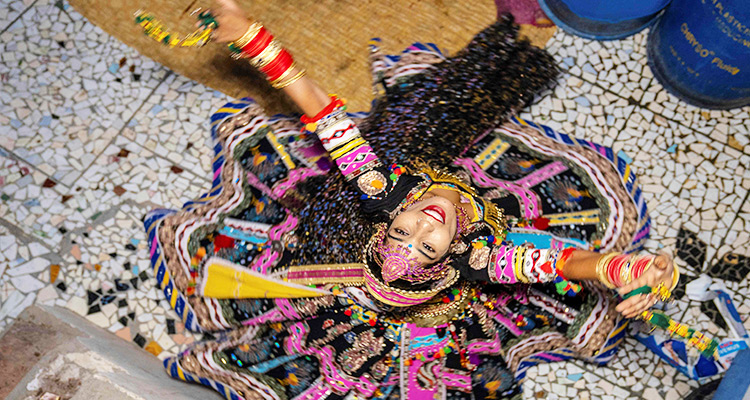 Virus restrictions wiped out the 26-year-old single mother's livelihood as a performer in tourism-dependent Rajasthan state. Like others in the community, she has received no financial aid from the government.

The struggle to survive is not new to the Kalbeliya. Although they have not faced persecution and slaughter on the scale of Europe's Sinti and Roma gypsies, they have long been condemned to living on the fringes of Indian society.

British colonial rulers designated the group as a "criminal tribe" in the 1800s and they continue to be stigmatised as thieves and prostitutes in independent India.

A 1972 ban on snake charming -- their traditional economic pursuit -- pushed them to eke out a living as dancers, with many learning the art from their mothers and grandmothers, as Sapera did.

The dance, which is meant to mimic the swaying movements of a serpent, with performers usually dressed in black, was classified as "intangible cultural heritage" by UNESCO in 2010 and has attracted a steady stream of global artists and researchers to Rajasthan. 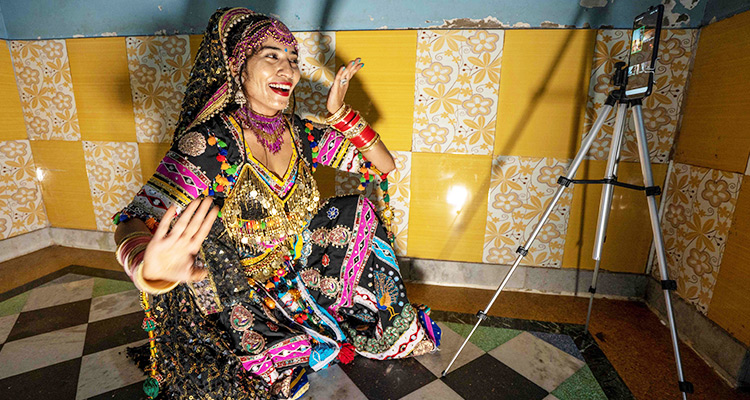 Such access to international collaborators played a key role in their evolution as digital entrepreneurs, said Sapera, who is one of 11 dancers on Kalbeliya World, an online platform offering classes for a $10 fee that goes directly to the performers.

"They were very enthusiastic. They were also intimidated", said Belgian anthropologist Ayla Joncheere, one of the co-founders of Kalbeliya World, describing the dancers' initial response to the idea.

Joncheere and the group's other co-founders Aakansha Maheshwari and Christina Gomes set up a "buddy system", partnering each dancer with an overseas counterpart who could help navigate the administrative and technological challenges.

Since its launch in mid-May, some 600 students from 20 countries including Chile, Morocco, France and Finland have logged on to learn dance from the Kalbeliya.

The lessons, and the income they bring in, have been a lifesaver for the women, many of whom are the sole breadwinners for their large extended families.

The group's success has prompted other Kalbeliya dancers to follow in their footsteps, but with mixed results.