'It's good to be home,' says Meghan Markle as she finds her voice in US - GulfToday 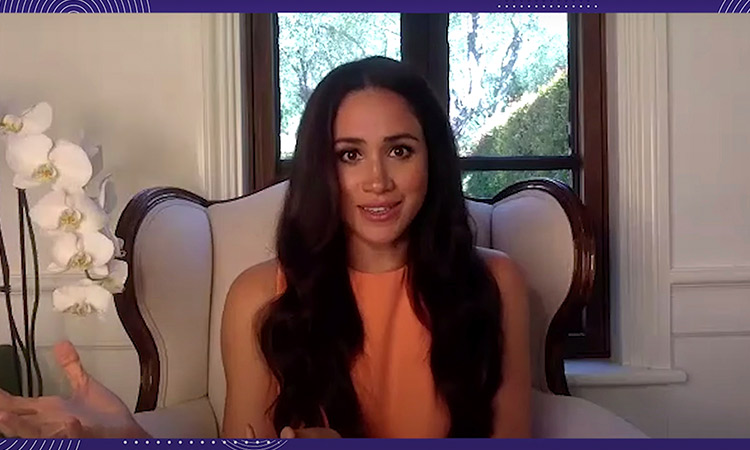 Meghan, the Duchess of Sussex, pictured on screen, appears during an interview with Emily Ramshaw. AP

Meghan Markle said on Friday she was pleased to be back in America, where she plans to speak out against racism and campaign for positive change in her home country.

Markle and husband Prince Harry relocated to the United States via Canada this year after announcing in January that they were quitting frontline British royal duties.

The Duchess of Sussex, who is mixed race, said it was "devastating" to return as America's systemic racism was laid bare following the death in police custody of unarmed black man George Floyd in May.

But her feelings began to change as the country became gripped by widespread peaceful protests, and airwaves became dominated by black voices speaking against decades of discrimination. 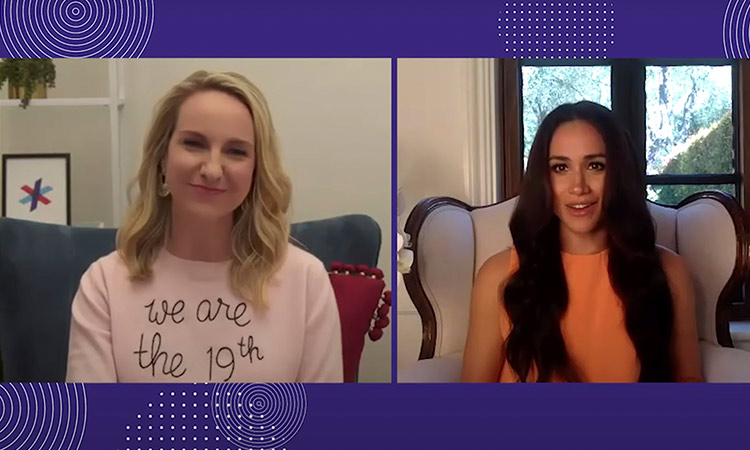 Meghan, right, appears during an interview with Emily Ramshaw, co-founder and CEO of "The 19th." AP

It shifted from sadness to a feeling of absolute inspiration because I can see that the tide is turning," she told a summit hosted by The 19th*, a new news organization overwhelmingly staffed by women.

"From my standpoint it's not new to see this undercurrent of racism and certainly unconscious bias," said Markle, who grew up in Los Angeles.

"But I think to see the changes that are being made right now is... something that I look forward to being a part of and being a part of using my voice in a way that I haven't been able to of late.

The "Suits" actress, who was interviewing The 19th*'s CEO Emily Ramshaw about the role of gender in media, also hinted at her and Harry's troubles with tabloid papers.

Since stepping back from the royal front lines, Harry and Meghan have waged an increasingly bitter war with the media, particularly the British tabloid press.

Markle has brought a high-profile case against the Mail on Sunday, website Mail Online and its owner Associated Newspapers. 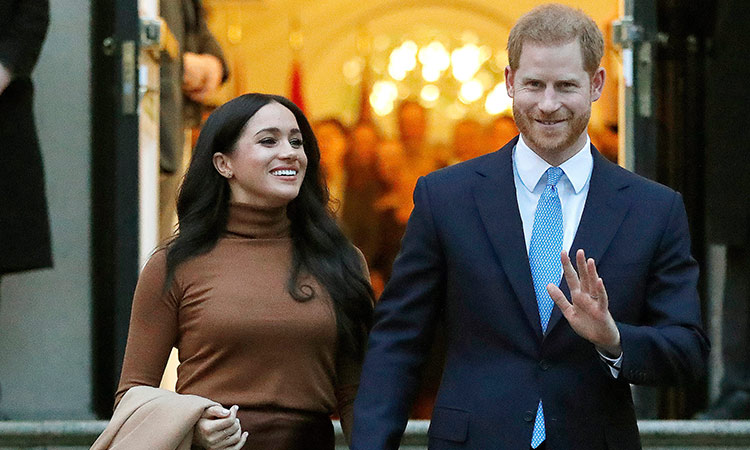 She claims breach of privacy, data protection rights and copyright over the publication of extracts of correspondence to her estranged father, Thomas, after her wedding to Harry.

Last month the couple filed a lawsuit in Los Angeles against one or more paparazzi whom they accused of taking pictures of their son Archie without their permission.

"I think what's so fascinating, at least from my standpoint and my personal experience the past couple years (is) the headline alone, the clickbait alone makes an imprint," said Markle.

She added that there is "so much toxicity" in certain news coverage.

"My husband and I talk about it often — this 'economy for attention'... what is monetizable right now when you're looking at the digital space and media.

"And so if you're just trying to grab someone's attention and keep it you're going for something salacious versus something truthful," said Markle, 39.

Prince Harry has likened what he said was a "ruthless campaign" against his wife to the treatment of his mother, Diana, princess of Wales.

She was killed in a high-speed car crash in Paris in August 1997, while being pursued by paparazzi photographers.

Markle and Harry have spoken of their desire to "to do something of meaning, to do something that matters," in California, where they plan to launch a wide-ranging non-profit organization named Archewell.

They recently moved into a new family home in Santa Barbara, according to US media reports.