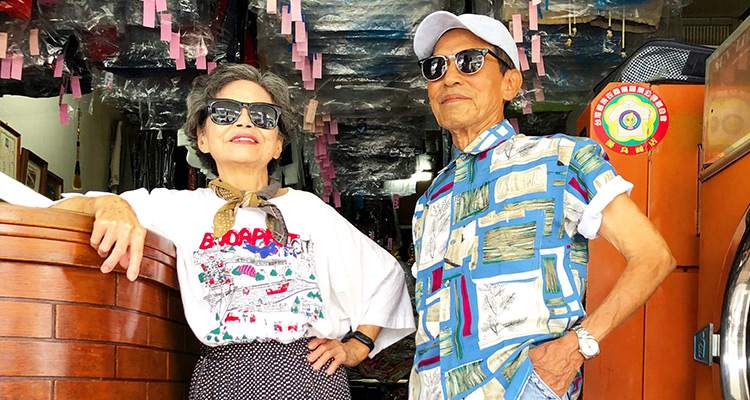 Chang Wan-ji (R) and his wife Hsu Sho-er pose for photographs at their laundry store in Taichung.

Chang Wan-ji, 83, and his wife Hsu Sho-er, 84, have racked up nearly 600,000 followers on Instagram over the last month as their attitude-filled fashion portraits went viral.

They have even been featured in the Taiwanese edition of Vogue and Marie Claire.

The couple have run a laundry for decades in a small town near the central city of Taichung.

Over the years, customers have either forgotten or failed to collect reams of clothing that the couple never felt able to throw away. 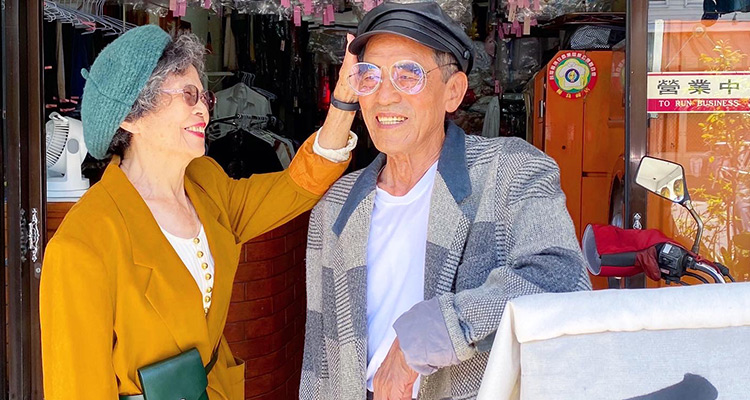 Grandson Reef Chang, 31, hit upon the idea of using the clothes to alleviate the couple's boredom.

The pair were naturals in front of the camera.

It was while modelling other people's garments, Hsu came to remember that she also had many forgotten outfits in her closet which she has since rediscovered.

"I even found some clothes I bought 30 years ago and I can still wear them. It's a happy surprise," she said. 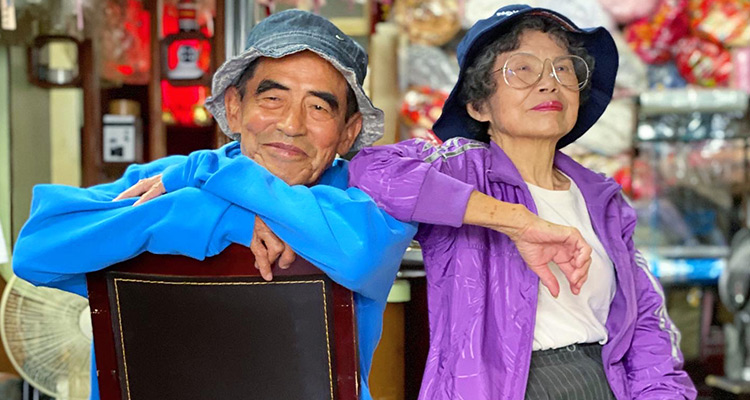 Chang currently only uses the Line messaging app to make free phone calls but Reef says his grandfather is keen to learn how to make the perfect Instagram post.

The account first started going viral abroad and around 400,000 new fans have started following in the past week alone after major international media picked up on their success.

Reef said he translates and reads out fan mail pouring in from all over the world.

The couple's worldwide fame has also prompted a few forgetful customers to pick up old clothes, while some local fans have started visiting their sleepy town to see the store.

The shop is named "Wan Sho" -- a combination of the middle character of their Chinese names. 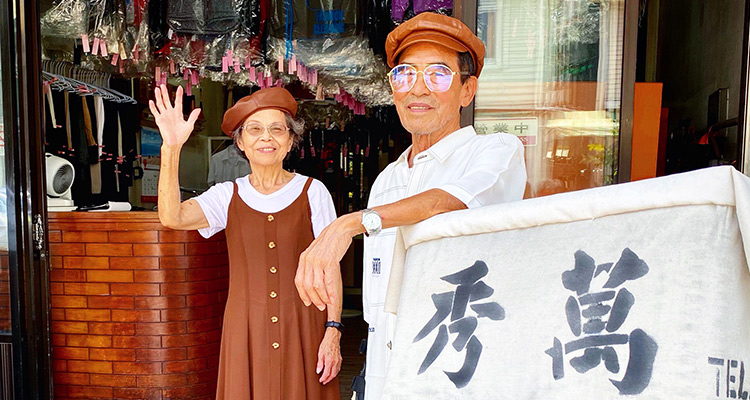 The octogenarian duo who run a mom-and-pop laundry service have become an online sensation.

The couple tied the knot in an arranged marriage six decades ago, a practice then common in Taiwan.

Chang said he had thought about retiring but decided to stay on as long as he can as the laundry business has become less labour-intensive thanks to machines.

"Elderly people should keep moving and remain active or we will age faster... When I am working and being kept busy, I don't have time to worry," he said.

Chang says he has lost count of how many garments have gone uncollected in his shop over the decades but he thinks there are at least 400 items at the moment.

Many more have been donated to charities and impoverished families over the years.

The couple hope to use their new social media clout to promote the concept of "environmental fashion".