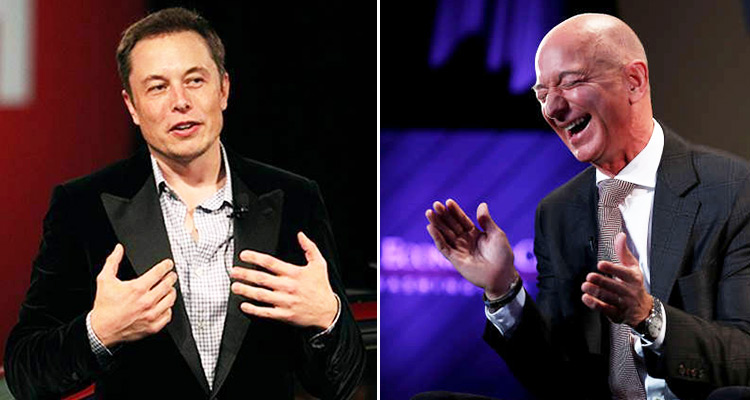 "@JeffBezos is a copy[cat] haha," Musk tweeted late Friday with a link to an article about Bezos' Zoox purchase.

Like Tesla, California-headquartered Zoox "is applying the latest in automotive, robotics and renewable energy to design a symmetrical, bidirectional, zero-emissions vehicle from the ground up to solve the unique challenges of autonomous mobility".

Zoox settled a lawsuit with Tesla in April after admitting that some new employees it hired from Tesla possessed documents when they joined Zoox. Tesla had filed a lawsuit in March last year against four former employees and Zoox.

Earlier this month, Elon Musk has slammed Blue Origin and Amazon Founder Bezos, saying it is time to break up the e-commerce giant and end its monopoly. 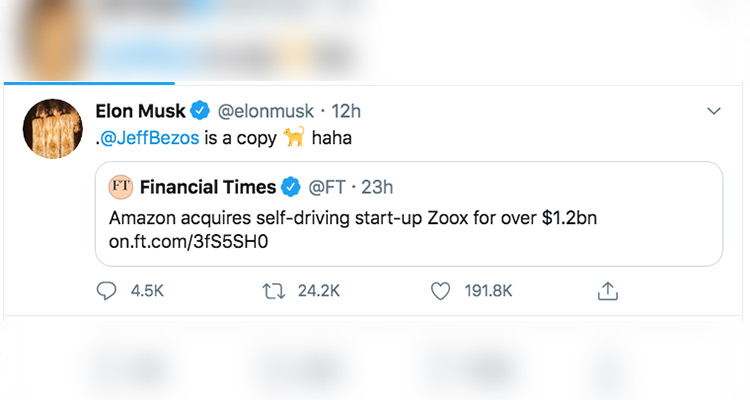 He tweeted after former New York Times reporter and prominent lockdown critic Alex Berenson published a screenshot, saying that his book titled "Unreported Truths about COVID-19 and Lockdowns: Part 1: Introduction and Death Counts and Estimates" has been censored on the ecommerce platform.

"This is insane @JeffBezos," Musk said, tagging the Amazon CEO. "Time to break up Amazon. Monopolies are wrong!"

The book, however, was available for purchase soon after the Musk tweet.

"Makes no sense. In order to grow the colony, you''d have to transport vast amounts of mass from planets/moons/asteroids. Would be like trying to build the US in the middle of the Atlantic Ocean," Musk tweeted.

Bezos has never replied to Musk on tweets against him.