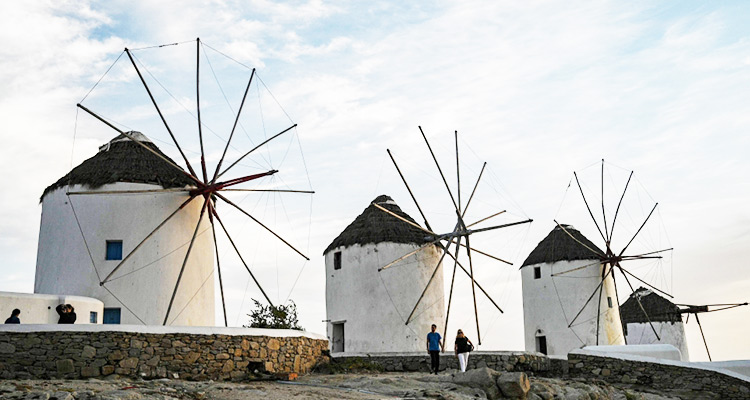 A couple walk by the old mills in the Greek Cycladic island of Mykonos.

The lodestone of Greece's travel season alongside Santorini, Mykonos has paid the price of the coronavirus lockdown like the rest of the tourism-dependent country.

"We feel like in a ghost town. No one is walking around, it's very scary now," says Lorraine McDermott, an Irishwoman who has lived on the island for nearly three decades.

"Usually it's crowded, there are sounds, music, traffic is tremendous," says McDermott, who rents rooms in the picturesque port town with her Greek husband.

The island depends on tourism for 80 percent of its livelihood, she notes. 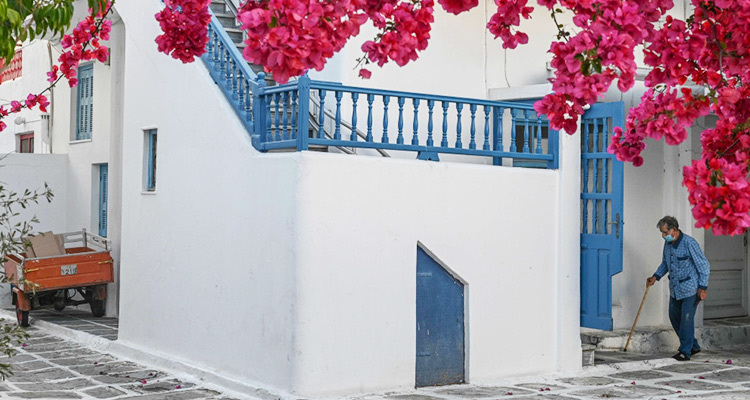 An elderly man wearing a protective facemask enters his house in the Greek Cycladic island.

Greek officials have announced that normally year-round hotels and restaurants are to resume operation on June 1 with strict distancing rules.

"Even if I open up, I will be scared to serve and help customers," says Degaitis, who has run his souvenir shop for 65 years.

"I can't stand this sort of thing, wear a mask, keep two metres (apart), it's better that the shop is closed and for me to go to bed," he adds.

Last year, some 700,000 people were employed in the Greek tourism sector overall between June and September. 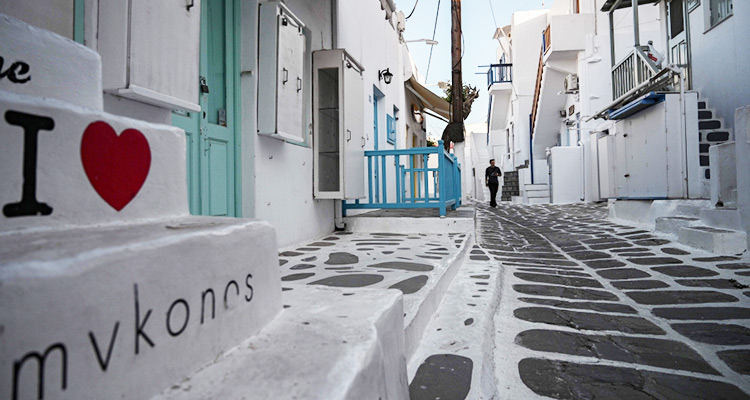 A man walks in the empty alleys of the Greek Cycladic island of Mykonos.

On Paradise, one of Mykonos' world-renowned beaches, turtledoves have replaced the dusk-to-dawn scrum of tanning bodies.

Prime Minister Kyriakos Mitsotakis has said that the "best-case scenario" is for Greece to "open for business" from foreign travellers on July 1.

"We will find a way to bring people over safely. I estimate it will be a totally different story from late July," the premier told store owners in Athens.

Greece wants to capitalise on its relatively slow spread of the virus compared to other European countries.

Naturally, this summer will not be like the previous one," government spokesman Stelios Petsas said Thursday.

With tourism accounting for 12 percent of national output, Greece is expected to sink into a 10 percent recession this year, according to the International Monetary Fund.